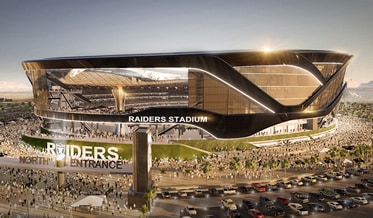 The NFL finally has a franchise in Sin City. The Oakland Raiders have received approval from the league to relocate to Las Vegas. The franchise has been pushing for this move for some time now, and there were concerns that it wouldn’t happen when key investors pulled out, but the team owners put forth a resounding vote in favor of the move.

A Las Vegas team has been in the works since before the Raiders’ ambitious move, but it was always been considered a risky move because of the heavy gambling atmosphere and the league’s stance concerning the concept of legal NFL betting. The league has notoriously been against sports betting, as it believes it would jeopardize the integrity of the sport, but there has been a shift in the perception of legal sports betting over the years. The NFL joins the NHL in launching a franchise in Las Vegas, which could clear the way for other leagues to follow suit (and the MLB, MLS and NBA have all entertained the possibility of bringing a franchise there).

The Oakland Raiders have one of the most famous fan bases in the league. Even in seasons where they have been unsuccessful (which have been the majority), the Raiders’ fans have remained loyal and passionate. The city of Oakland is sad to see them go, and the Raiders’ owner expressed sympathy for the fans, but he intimated that the organization is looking towards the future. The Mayor of Oakland spoke on his disappointment with the decision, calling the fan base the “last of the blue-collar, salt-of-the-earth fan bases.” Oakland residents have something to look forward to, as the team will still be there for at least two more seasons as they wait for their new stadium to be constructed. There may be a tinge of awkwardness at home games, but if anything, it will be like a farewell tour. The Raiders are coming off a phenomenal season, where they almost made the Playoffs after a 13-season drought, so perhaps the team will try to leave something special behind for the fans as they prepare to leave the city.

Oakland isn’t the only team on the move. The Rams relocated to Los Angeles from St. Louis and the San Diego Chargers are also moving to Los Angeles. Part of Oakland’s logic behind the move may have been to get out of what is becoming a saturated football market, but there also financial and publicity incentives with moving to a town as famous as Las Vegas. The bulk of the financing for their new $2 billion stadium is coming from the public sector. There is also a large portion coming from a bank loan and the league is funding the rest of the project. The new stadium is expected to open in 2020. Money is perhaps the ultimate reason behind the team’s move, as Oakland simply didn’t have the resources for a stadium rebuild and Las Vegas has a steadier inflow of tax dollars.

Gambling fans will have a new home team to root for and bet on, which will likely stimulate the gambling economy in the city. Nevada is the only state in the country that has legal sportsbooks in operation, and while the league hasn’t embraced sports betting to the fullest, it can’t stop interested bettors from placing wagers through the state’s legal means. In any case, the soon-to-be Las Vegas Raiders are going to shake up the league from both competitive and fiscal standpoints.