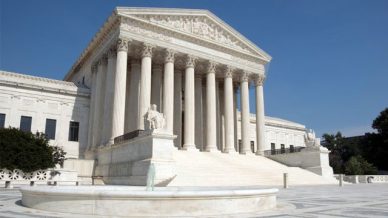 In the battle to legalize sports betting in the US, New Jersey has been at the forefront. The state has been fighting against the federal government for several years now. Now, after several appeals and a slow-moving legal process, the state may finally get a shot at legalization as the Supreme Court could decide to hear the case by the end of June.

The New Jersey sports betting saga dates all the way back to 2012 when the state passed a law that allowed for some of the state’s casinos and racetracks to offer sports betting. This state law was in direct violation of a federal law known as the Professional and Amateur Sports Protection Act (PASPA) that bans state-regulated sports betting in 46 states—including New Jersey. The law’s enactment was also swiftly met with opposition from the major professional sports leagues. A lawsuit forced the state to repeal the law and New Jersey fired back with a series of appeals that were denied time after time. Their last hope was to appeal to the Supreme Court to hear the case. The Supreme Court asked for the Solicitor General to chime in back in January, but with the changing Presidential administrations slowing the process, not much headway has been made.

President Donald Trump tapped attorney Noel Francisco to become the Solicitor General, but it looks like he won’t be sworn in until after the case has been heard. This leaves the burden to acting Solicitor General Jeffery Wall. ESPN’s David Purdum, a reporter specializing in gambling, tweeted that Wall has invited representatives from both sides of the New Jersey case to a meeting at his office in Washington D.C. on April 10. This meeting will serve as the driving force behind what happens with the case, as the Solicitor General is expected to complete his brief after the meeting. Obviously, the Solicitor General’s word is valued by the Supreme Court, especially given the circumstances.

If the Solicitor General’s brief is in favor of the case being heard, then the Supreme Court will likely calendar the case for some time this year, at least preliminary action. New Jersey is up against the NFL, NBA, MLB, NHL and the NCAA with this case. If anything, the delay this case has faced could be more beneficial to New Jersey, as the professional sports leagues seem to easing up on the idea of legalized sports betting. The NHL just launched a franchise in Las Vegas, the sports betting capital of the US, and the NFL just recently announced that the Raiders will be moving to Sin City as well. NBA Commissioner Adam Silver has been documented as being in favor of a legal and regulated sports betting. MLB Commissioner Rob Manfred is preparing the league’s owners for open conversations on the matter. Even NFL Commissioner Roger Goodell, who has been the most outspoken against legalizing sports betting, has commented on the possibility of a legalized market. Granted, his position has been put in an awkward position with the league putting a franchise in Las Vegas, but nevertheless, all these moves seem to point towards progress.