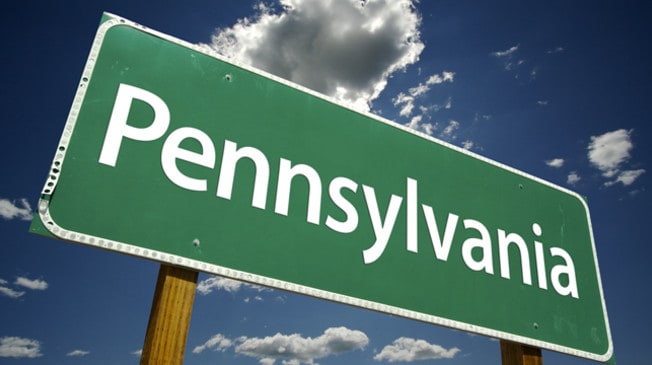 Pennsylvania has been the leading state in terms of gambling legislation behind New Jersey. The state began pushing a large gambling expansion bill back in 2016. It passed through the House of Representatives that year but failed to make it through the Senate. The bill made a comeback in 2017 and was making significant progress, though nothing has happened as of late and the legislative session is about to close.

As of now, the Pennsylvania gambling industry is one of the most successful in the country. Its 12 land-based casinos have generated enough revenue in recent years to put the market up there with Nevada. Even neighboring New Jersey’s Atlantic City cannot keep up with Pennsylvania’s revenue. Lawmakers behind the gambling expansion believe it will bolster the state’s revenue.

A total of 4 bills were issued in early 2017. The first bill, HB392, called for an $8 million internet gambling licensing fee and a 14% tax rate. SB477 was the complimenting bill in the Senate. Another Senate bill, SB524, proposed a $10 million licensing fee and 25% tax rate. HB271 was a House Bill that was bare at its inception—only adding tablet gambling to airport terminals. Lawmakers decided to add several different components to the bill before putting it to vote. These amendments included an online lottery, Daily Fantasy Sports, online casinos and online poker. HB271 ultimately passed through Senate at a 38-12 vote, despite having $5 million licensing fees for both online casinos and online poker and a 16% tax rate for poker and a stiff 54% for online casinos. The House decided to amend the bill by lowering the total online gambling fee to $8 million and the tax rate to 16%. They also added language permitting video game terminals at places like off-track betting establishments and other places with a liquor license. It passed through the House by a 102-89 vote.

The stalling began when the bill made its way back to the Senate. House leaders had been reportedly discussing the bill in hopes of agreeing on a comprehensive gambling expansion before presenting it to Governor Tom Wolf. Apparently, the video game terminals proposed by the House are the most controversial pieces of the legislation. It is likely that some sort of consensus can be reached with the licensing fees and tax rates, but the VGTs could be a problem. Opponents of the provision believe that VGTs could take away from land-based casinos, but it is hard to believe that they would run the larger venues out of business.

Pennsylvania government has to make a decision soon, because the session will close and not reconvene until September. Perhaps the biggest factor to consider with this bill is the state’s budget deficit, which the legalized online gambling industry is expected to help address. In fact, the gambling industry is expected to fill most of the gap. Governor Wolf has stated he would not sign a bill that would take away from state revenue sources like land-based casinos, so the VGT clause may end up stricken from the bill.

In any case, Gov. Wolf wants this gambling expansion to be sorted quickly. Proponents of the bill have cited New Jersey’s success with their online casino and poker markets, but it is up to the House and Senate to reach an agreement. Residents will have to wait and see if their state will get to participate in legal online gambling.