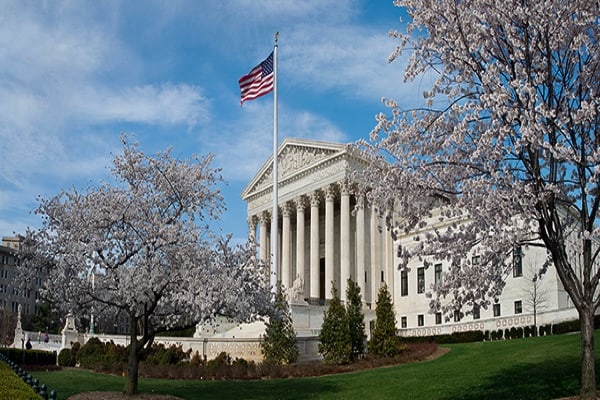 In a surprise decision, the Supreme Court of the United States is going to hear New Jersey’s case to permit sports betting at its licensed gambling venues (casinos and racetracks). This decision comes after the Solicitor General issued a statement advising SCOTUS to not hear the case. New Jersey has lost several times in the lower courts and have managed to appeal their way to the top. With SCOTUS’ involvement, legalized sports betting may have a chance in the Garden State.

New Jersey has been pushing for legal and regulated sports betting since 2012. Their second attempt came in 2014 with a bill that authorized licensed gambling operators to begin offering sports betting lines. After the bill was approved, the NFL, NBA, NHL, MLB and NCAA were quick to take action against the state. They believed New Jersey to be in direct violation of the Professional and Amateur Sports Protection Act (PASPA), the long-standing federal ban on sports betting in the US. After losing in the lower court system, NJ appealed to SCOTUS. The Supreme Court sought out the advice of the Solicitor General, who issued a formal opinion that SCOTUS should not hear the case and instead support the lower courts’ ruling.

State legislators are in good spirits after the decision came to light. Gov. Chris Christie is hopeful that a legalized sports betting market will flush the state economy and introduce more jobs in the casino sector. State Senator Raymond Lesniak also believes that sports gambling will bolster local casinos. Lesniak pictures an Atlantic City filled with sports bettors, a target audience he thinks will contribute more to the economy than your average casino gambler.

Gov. Christie, and other sports betting advocates, argue that PASPA is causing states to miss out on a billion-dollar industry. Because there is no regulatory framework in place, most sports betting is done through illegal sites that funnel revenue into outside operations. As of now, Nevada is the only state to offer single-game sports betting (they are exempt from PASPA, along with Montana, Delaware and Oregon).

The American Gaming Association, an advocacy group for casino operators, suppliers and allies, has lobbied against PASPA for years. They believe the 25-year-old law is doing more harm than good, and that states are missing out on revenue that could go towards infrastructure. AMA has published research stating that legalizing sports betting could see 150,000 new jobs hit the market.

While many believed New Jersey’s fight for sports betting to be over, SCOTUS taking the case brings a resurgence of confidence. If New Jersey wins their case, other states will likely soon follow and introduce legislation supporting sports betting. In fact, some states already have—they are just waiting to see what happens with this case. New Jersey is in a pivotal position that could see them usher in a new era of legalized gambling in the US. The case will not be heard until the fall, and the proceedings will probably take some time, but 2018 could be the year when PASPA is finally repealed.