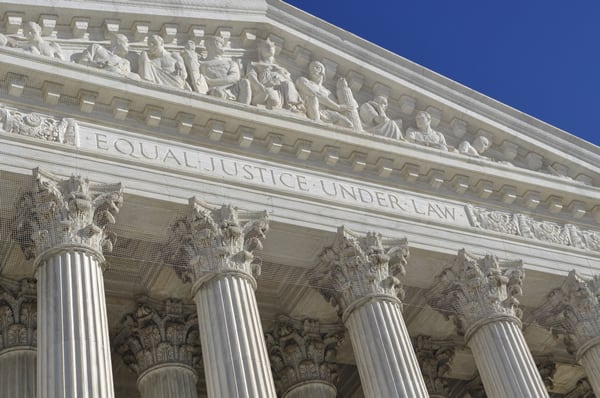 The long-standing New Jersey sports betting case took a turn for the worse with the Solicitor General finally weighing in. NJ has been waiting on the Supreme Court of the United States to decide if they were to hear their case or not for a long time. SCOTUS enlisted the help of the Solicitor General. After months of deliberation, including a meeting between both parties of the case, the SG’s office issued an official brief advising SCOTUS to not hear the appeal.

NJ’s sports betting case stems from the state trying to pass laws that circumvented the Professional and Amateur Sports Protection Act (PASPA), the 1992 federal ban on sports betting. New Jersey made two attempts at passing this law, both of which eliciting lawsuits from the NFL, NBA, NHL, MLB and NCAA. Throughout their cycle of appeals, New Jersey has been petitioning that PASPA violates states’ 10th Amendment rights. The 10th Amendment essentially states that anything not directly mentioned in the Constitution is left up to the individual states. In this instance, NJ is arguing that they should have the right to host regulated sports gambling, as it is not mentioned in the Constitution.

SCOTUS’ request of the SG to weigh in on the matter was initially a positive sign for New Jersey. President Trump’s administration has yet to appoint a new SG, so the acting SG, Jeffery B. Wall, has been presiding over the case. Wall called for a meeting between NJ’s representatives and representatives from the major sports leagues to hear both sides. However, much to NJ’s probable dismay, the Solicitor General’s office issued a 30-page report on the matter that was not in their favor.

The report cites both of New Jersey’s previous (2012 and 2014) attempts to pass a law that would allow sports gambling. The 2014 Act was more specific in detailing the conditions of the prospect, including statutes like keeping sports gambling in licensed casinos and racetracks, a legal age of 21, etc. The Third Circuit Court of Appeals ruled that, despite these stipulations, this proposition was in violation of PASPA because it attempted to license and authorize sports gambling.

Wall’s report goes on to state that the lower courts were correct in their ruling and the fact that there is consistency with the rulings is enough to determine the future of the case. No other states have filed such lawsuits, leading to the belief that no other states have issue with PASPA. This however is not completely true, as several other states have bills in the works that would introduce sports betting, however they were all waiting on the NJ outcome before pressing on.

In the eyes of the SG, suggesting that SCOTUS not hear the appeal is founded on the premise that PASPA is not in violation of the 10th Amendment. This is because while PASPA is technically a federal ban, it is not requiring states to input any sort of federal regulation. It strictly prohibits states from licensing and authorizing sports gambling. Also, the federal government has the right to prohibit states from enacting certain laws that go against federal policy as per the Supremacy Clause.

New Jersey’s fate is not completely sealed. SCOTUS still has to make an official decision on the matter. The state has another bill in the works that would permit Daily Fantasy Sports betting. A new Congressional bill called the Gaming Accountability and Modernization Enhancement Act (GAME Act) has surfaced that calls for PASPA’s repeal, though it has to make the legislative rounds.

All in all, while NJ’s case may seem to have run its course, the GAME Act could bring legal sports betting about, and in the grand scheme of things, that is a victory.