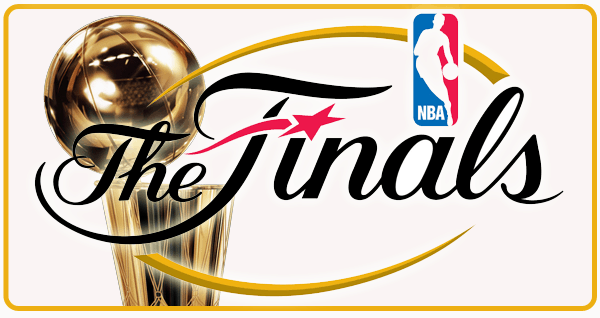 The way this year’s NBA Playoffs were going, it became clear who would be facing off in the Finals. The Golden State Warriors and Cleveland Cavaliers powered their way through their respective conferences. The Warriors managed to make it unscathed while the Cavs lost once to the #1 seeded Boston Celtics in the Eastern Conference Finals. For the third straight year, these two teams will face off in what is likely to be a historical Finals series.

Ever since losing last year’s Finals, the Warriors have been on a mission. They were up 3-1 on the Cavs and LeBron James and Co. looked like they were finished. However, the Cavs proved everyone wrong and became the first team in NBA history to come back from such a deficit. Cleveland got its first championship in the franchise’s history.

During the offseason, the Warriors signed Kevin Durant from the Oklahoma City Thunder in an ambitious move. Once a fierce rival, Durant has since integrated well into Coach Steve Kerr’s system and has meshed with the Splash Brothers, Stephen Curry and Klay Thompson. This refined “super team” is expected to win according to NBA analysts and sports betting oddsmakers alike. Curry and Durant have been giving MVP-caliber performances throughout the season. With their shooting percentages at 50% and 55% respectively, most of which from the three-point line, it is no wonder they have been blowing teams out. Thompson’s season numbers have not been as good, but Thompson has been solid throughout the post season. The Warriors are a shooting team, so if the Cavs defense gives them enough space they will make them pay. If shooting spots are not open, Curry’s dribbling skill can penetrate the paint and Draymond Green will be a constant paint-presence as well.

The Cavaliers are the defending champions, but are considered the underdogs going into this year’s Finals. LeBron James has been leading a historical season and recently passed Michael Jordon to become the league’s all-time scoring leader, but the only stat he seems focused on is winning another championship for his hometown team. Kyrie Irving is considered one of the best point guards in the league. His go-ahead shot in the closing seconds of last year’s Game 7 clinched the title for the Cavs. Kevin Love has been enjoying a successful season and will be a weapon for the Cavs in this series, especially if he can get his three-point shooting going. Center Tristan Thompson’s play will be crucial against Draymond Green, though matchups will be shifting throughout the series.

Oddsmakers have the Warriors winning the series in most basketball betting lines. They have looked stronger for the duration of the season, but any team with LeBron James has a chance at winning. The Cavs pulled off the largest comeback in history in last season, so their resolve has been tested before in the face of adversity. NBA Finals action kicks off on Thursday, June 1, at the Warriors’ Oracle Arena. If this series lives up to the hype, then NBA fans are in for some fantastic basketball.