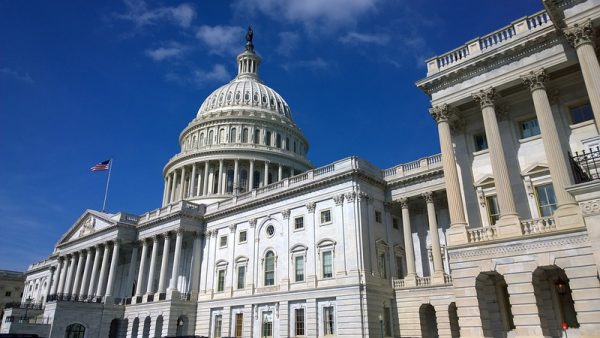 American sports betting may finally get its day in the sun thanks to a new Congressional bill. The bill, known as the Gaming Accountability and Modernization Enhancement Act, or GAME Act, would essentially repeal the current federal ban on sports betting, the Professional and Amateur Sports Protection Act (PASPA). Getting the bill through Congress will be difficult, but there is potential for a reformed sports betting market.

As of now, sports betting is only allowed in four states—Oregon, Delaware, Montana and Nevada. Nevada is the only state with brick-and-mortar sportsbooks offering single-game betting. The GAME Act would put the regulatory responsibilities on the Federal Trade Commission. It would also formulate policies and procedures that would need to be implemented by states before they could offer any sort of sports betting. This line of thinking aligns with policies already in place for online casinos and poker, as each individual state has the option to host such enterprises on their terms.

Representative Frank Pallone of New Jersey is the one behind the bill. Pallone also authored another bill that called for sports betting legalization for his state. New Jersey is currently involved in a case regarding yet another attempt at legalizing sports betting and awaiting word from the Supreme Court. The entire appeals process has taken a significant amount of time and representatives supporting the GAME Act believe their bill will face the same delays.

One of the biggest hitches in any sort of gambling legislation is how certain bets or wagers are defined. The GAME Act defines betting as “the risking of something of value, including virtual currency or virtual items, upon the outcome of a contest of others, a sporting event, or a game of skill or a game of chance, on the expectation that the person will receive something of value in the event of a certain outcome.” The language of the bill also includes fantasy sports betting, another highly debated sports betting avenue.

Unfortunately, there are a litany of other issues to take care of before any progress can be made on domestic sports betting. President Donald Trump and his Republican constituents have been trying to pass reforms on healthcare, taxes and the national budget. There are also other outside issues like the recent firing of FBI Director James Comey and probes into Trump’s organization’s ties to Russia. These matters take precedence over a bill calling for legalizing sports betting, so it is difficult to predict any sort of timeline with this bill.

The American Gaming Association has been lobbying for domestic sports betting for years. Most of the professional sports leagues have hinted at embracing a regulated sports betting market, and the NHL and NFL are about to launch franchises in Las Vegas, the sports betting capital of the country. Despite any sort of advocacy, the fact remains that sports betting will take time to figure out. Proponents are hoping for some type of resolution during this Presidential term, but there is a lot of time between now and then. If the GAME Act can survive the bureaucratic delays it will likely face, then perhaps US sports betting will have an opportunity. In any case, this bill’s introduction is a sign that the Congressional gears are turning.