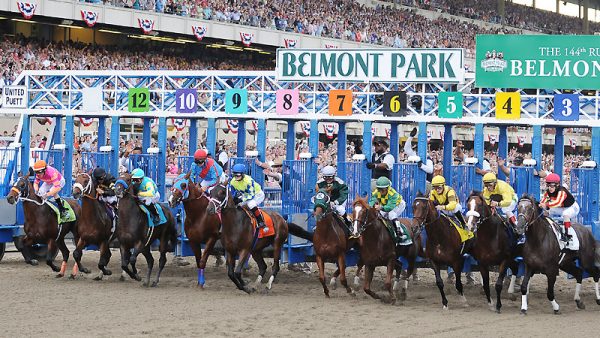 With the Preakness Stakes wrapping up, there is only one leg of the Triple Crown left. Riders will compete in the Belmont Stakes on June 10, at the Belmont Park in New York. There is no possibility of a Triple Crown victor with Always Dreaming and Cloud Computing splitting the victories from the Kentucky Derby and Preakness Stakes, but that does not take away from the majesty of the Belmont Stakes. Bettors and fans alike will be in attendance to see the action unfold.

The Belmont Stakes is a different animal compared to the other two races. “The Test of Champions” is run on a 1 ½ mile track, testing the endurance of the horses. Riders don’t want their horses to exhaust too much energy at the beginning of the race. In addition to the long track, riders and trainers have to account for fatigue with the horses, as some have raced in the previous two Triple Crown outings while others took a rest. Cloud Computing and Classic Empire are expected to make another appearance in the race and will likely be considered the favorites. Senior Investment (who finished third at Preakness Stakes), Lookin At Lee, Gunnevera and Practical Joke are also expected to be in the race. One big question mark is on Always Dreaming, whose trainers may decide to rest him in light of his eighth-place finish in the last race. Perhaps Cloud Computing’s success at Preakness came from his absence at the Derby, but his trainers haven’t made any solidified decisions regarding Belmont.

From a betting standpoint, it is always smart to bet on the favorites. However, if Preakness revealed anything, it is to expect the unexpected. After all, Cloud Computing was one of the last horses expected to make an impact in the Triple Crown. Bettors who wagered on Cloud Computing left with a hefty payout, while those who bet on Always Dreaming left disappointed. Betting lines will open as the race draws nearer and can be placed through licensed offshore racebooks. You can gauge the performance of different horses during practice runs in the couple of days leading up to the race, just be sure to place your final wager before the start.