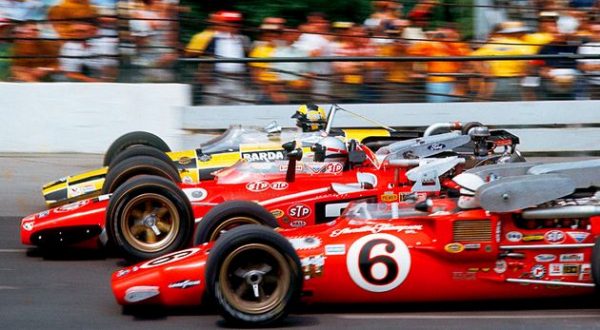 Indianapolis is the place to be this Sunday, May 28, if you are a racing fan. The 101st Indy 500, presented by PennGrade Motor Oil, will start at noon at the Indianapolis Motor Speedway in Indiana. Betting lines are open for the race and Scott Dixon is the most favored driver to take home the victory.

Motor car racing is a lot more unpredictable than other sports like football, baseball or basketball from a betting standpoint. When analyzing other sporting events, bettors look at how teams have performed over the season, quality of players, etc. Racing has those same aspects, but there are other things that can occur during a race. Things like mechanical malfunctions, pit stop delays, crashes, weather delays and more can affect the outcome of a race. The odds you’ll find at sportsbooks covering the Indy 500 race are created by professionals who take these types of factors into account when calculating their predictions.

Dixon is being touted as the favorite and that is a result of his stellar qualifying times. He clinched the pole position with four great laps averaging 232 mph. Dixon hasn’t won the race since 2008, but his preliminary performances have shown he is ready to contend again.

The starting grid includes Scott Dixon, Ed Carpenter and Alexander Rossi in Row 1, Takuma Sato, Fernando Alonso and JR Hildebrand in Row 2 and Tony Kanaan, Marco Andretti and Will Power in Row 3. Carpenter followed closely behind Dixon’s time at 231 mph, so the race will likely be very close. The top 9 drivers are only separated by fractions of a second, but in the world of NASCAR, fractions of a second make all the difference.

Sebastien Bourdais was a favorite going into the race, but suffered an accidental crash during a practice round. Bourdais suffered multiple fractures and was hospitalized. He will not be participating in the race as a result.

While some may consider the leading pole position an advantage, others see it as a handicap. These races are long, so it isn’t just about who has the fastest car. Drivers have to calculate when to pull off for a pit stop, measure when to be aggressive in passing and when to drive more defensively and drive evasively in the event of a crash. These cars are in such close proximity that even the slightest hiccup could see them lose key positioning at any point.

The Indy 500 is one of the biggest races of the year. There will be a lot of activity with the race, both in terms of spectating and betting. Bettors can place wagers on any one of the drivers (or even multiple drivers) through licensed offshore sportsbooks. It is tough to gauge how the race will go, but Dixon is the clear favorite after the qualifying rounds, however each driver will be vying for the #1 spot when it comes close to the finish.