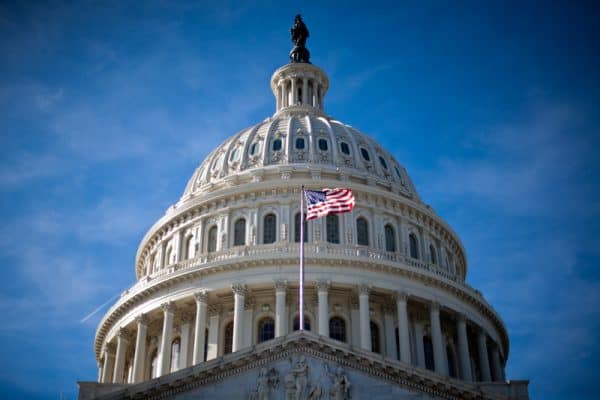 The Restoration of America’s Wire Act, or RAWA, is a legislative effort to overturn the current Federal Wire Act for a stricter version that calls for banning most forms of online gambling, including online state Lottery offerings. Those in favor of RAWA envision a United States without an online gambling market and those who oppose RAWA see it as a direct violation of our Constitutional liberties as Americans.

All this controversy began in 1961 when President John F. Kennedy passed the original Federal Wire Act. When the law was passed, President Kennedy’s intent was to thwart the mob’s illegal profiteering off taking bets on sports and horse races. The law banned any such communication involving the placing of bets via wire transmissions, which at the time included telephones and telegraphs.

Decades later, computer technology broke out into the commercial forefront and the world saw the emergence of the digital marketplace. Some members of Congress attempted to apply the Federal Wire Act’s loose wording of “wire transmissions” to the Internet, which would make all forms of Internet gambling illegal. There was so much controversy regarding the original law’s ambiguous language and how it applied to today’s digital landscape that the US Department of Justice came out with a Formal Opinion in 2011 that stated the Federal Wire Act only applied to sports betting. Furthermore, they decided that states have the right to decide if they want to establish and regulate online poker and casino industries, not the federal government.

Now, there are some members of Congress trying to make the Federal Wire Act’s reach extend to whatever legal capabilities they perceived it to have in the first place. If enacted, RAWA would effectively dismantle the existing state-regulated online gambling in New Jersey, Delaware and Nevada while simultaneously blocking any more states from implementing regulated online gambling. For states like New York, who are trying to get their state-regulated gambling enterprise going, RAWA would be a significant roadblock.

There are reports that Sheldon Adelson, a casino mogul, is behind the bill on the grounds he does not support a regulated online industry. Perhaps Adelson feels that it would take away from the brick-and-mortar casino industry, but there is no real legitimacy in those claims. Other casinos have come out in opposition to RAWA and would likely try to get involved with states attempting to usher in online gambling.

Most of the opposition to the bill is founded in Libertarian principles. Those against RAWA argue that is a direct violation of states’ rights, most notably the Tenth Amendment. There are also traces of the ‘Big Brother’ narrative seeping into the argument, or that RAWA gives the federal government more power to spy on us, specifically with our Internet activity. There have been comparisons drawn to Prohibition and how in its intention to rid alcohol from the country, an underground criminal bootlegging enterprise was born. Some believe that if state-regulated online gambling is banned, US residents will use illegal offshore gambling sites.

Regardless of any thoughts or feelings towards RAWA, the objective fact that the bill has failed twice remains. RAWA supporters face an uphill battle against Anti-Federalists and other lobbyists that are seemingly embracing the future of online gambling and its economic advantages. New Jersey, for example, has enjoyed a robust revenue surge due to their regulated online casino and poker sites. While the true motives behind RAWA seem a little more personal than objective, it is unclear what they are for certain. President Donald Trump has been passive on the issue, as there are more important things going on, though newly appointed Attorney General Jeff Sessions has stated he would consider “revisiting” the DOJ’s position on the Federal Wire Act. 2017 may have a significant impact on the online gambling industry, but the odds seem to mark failure for the HR 707 RAWA bill.