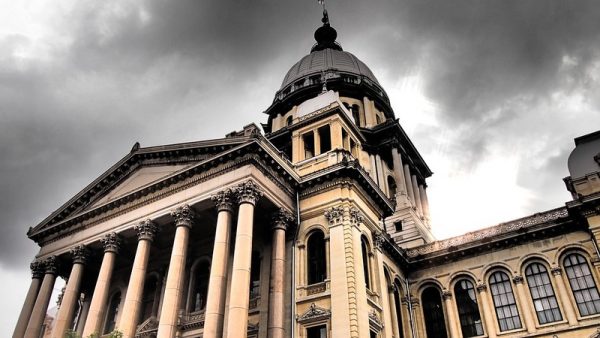 Illinois’ government officials are facing two gambling bills that could revamp the state’s gambling landscape. Both the state’s General Assembly and Senate saw bills expanding gambling in-state laid before them before the end of session. The bills pertain to expansion via more brick-and-mortar casinos and implementing Daily Fantasy Sports (DFS) and state-regulated online gambling.

The General Assembly’s bill called for adding 6 new casinos within the state. The Senate has already approved legislation allowing for casinos in Rockford, Danville, Chicago and Lake County, but the General Assembly failed to pass a vote on the bill. This failure was caused by a last-minute attempt to attach Springfield to the list of proposed casino locations. Those in favor of adding Springfield must plead their case for the sudden inclusion and they may have the opportunity to do so if the bill is picked up during the extra summer overtime session.

HB479, or SB208, is the bill that has successfully made its way through the Senate on a 42-10 vote. The bill calls for the legalization of DFS and online gambling in the state. ‘Online gambling’ translates to state-regulated online casino games and poker offerings. Currently Illinois residents legally have access to licensed offshore gambling sites that accept US players, but the state would like to see that money stay at home.  The House were unable to bring the bill up for discussion before the end of the legislative session, but they could also pick up the bill in the extra summer session. State Senator Kwame Raoul is a sponsor of the bill and cited the need for regulation in already-existing markets as the driving force behind the legislation.

According to the bill’s provisions, gambling license holders would have to apply for another license permitting online gambling. There would be a $10 million fee for the license, but operators would be able to claim a rebate. The taxable rate would be 15%, a generous figure compared to other states with similar online gambling initiatives. This tax rate generates incentive for potential operators, as there profit margins would be trending upward.

SB1805 also deals with state gambling and is designed to promote jobs for veterans in the gambling industry. The bill covers both land-based and online gambling, including DFS. DFS is a form of sports betting that has taken the country by storm. It is present in most states, though there are some that prohibit it on the grounds it constitutes illegal gambling. The only issue most states have is they do not have a regulatory framework in place for DFS, which is a third-party service. Illinois has multiple bills to address that. Traditional sports betting is currently only available to IL residents through visiting a sportsbook in Nevada or placing bets online through legal offshore sportsbooks.

Although this can be considered a small victory for online gambling supporters, elation has been measured due to the fact that these bills can still die in the legislative process. If they pass, specifically SB208, then Illinois could potentially enter into an interstate compact with other states that have implemented state-regulated online gambling—including Delaware, Nevada and potentially New Jersey. The main goal of online gambling supporters is to establish a nationwide compact that would increase the number of players, game selection and prize pools. This end vision is a long shot, and will take more states joining in to draw out the rest. Illinois has the potential to be one of the leading states in the online gambling crusade, but a final decision will not be known until the end of the summer.

You can read more about the specifics of the legislation here: SB208