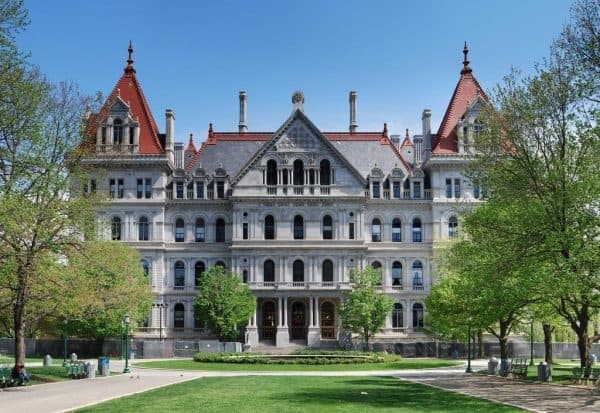 New York recently joined the legal online poker forefront with its ambitious legislative bill, S-3898. If passed, land-based poker operators could partner with online poker technology vendors in providing legal games to residents. An amendment was recently made to the bill that could see some of the largest online gambling providers miss out on the NY market.

‘Bad Actor’ clauses, as their known, have become prominent in the US online poker realm. ‘Bad actors’ are considered any online gaming company that was accused of violating the Unlawful Internet Gambling Enforcement Act. The UIGEA is a federal law that was passed in 2006 and restricted a number of online gambling providers from offering services to US players after it was revealed they were engaging in fraudulent activity. Despite the mass exodus from the US market, some online gaming companies continued to accept US players after December 31, 2006.

PokerStars and Full Tilt are two of the big-name online gambling providers that are affected by this bad actor clause. Although land-based gaming operators can pick their technology partners, the relationship must be approved by state regulators. This new amendment gives regulators a checklist of items to consider when establishing a suitable vendor. Part of that checklist now includes verifying if the proposed vendor knowingly and illegally engaged with US bettors post-UIGEA. There is a subsection of the amendment that deals a particularly huge blow to Amaya, arguably the largest online poker provider. The language states that any entity that has purchased or acquired a vendor in violation of the post-UIGEA circumstance shall also be deemed unfit. Amaya acquired PokerStars back in 2014 from the Shcheinberg family and has since been trying to rebuild the brand. There are several other legally licensed offshore gambling sites that currently accept New York poker players as customers that have not been named as bad actors as of this writing.

This is not the first attempt at legalizing online poker in NY, nor is it the first time the bad actor clause surfaced. New York media recently reported that the former CEO of Canadian-based Amaya, David Baazov, made an illegal contribution to NY Governor Andrew Cuomo’s campaign during the 2014 election. Interestingly enough, the bad actor clause was removed from the previous online poker bill in the following year. Baazov resigned as CEO after allegations of insider trading surfaced. This fact, along with his alleged donation to Gov. Cuomo and PokerStars’ not-so-sterling reputation after UIGEA, does not look good for the company trying to bring PokerStars back to the limelight.

California also has online poker legislation in the works with the inclusion of bad actor clauses. Amaya has lobbied against the bill due to their omission from the CA online poker market should the bill pass. This leads to the speculation that the company will likely do the same in New York. Online gambling bills are almost always met with hardships in terms of support, though NY Assemblyman J. Gary Pretlow remains confident that S-3898 has a better chance of passing this time around.

Even if S-3898 passes and Amaya is left out in the cold, there are other online poker technology vendors eligible for business partnerships with existing land-based gaming operators; the market will still develop. Those in favor of the bill cite New Jersey’s economic boost from their online casino and poker markets as a good reason to support the endeavor. The state legislature still has until the end of the month before the current session ends, leaving enough time for the bill to go to a vote. Whether Amaya has a hand in lobbying against the bill with the added bad actor clause has yet to be seen, but NY residents could potentially see the introduction of a legal and regulated online poker framework with this legislation.