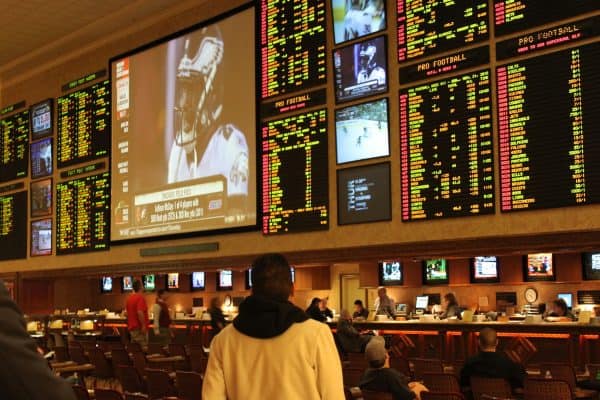 A new bill has passed through Connecticut legislature that could see a legal and regulated sports betting framework implemented should the federal government legalize sports betting nationwide. The bill’s primary concern was permitting another tribal casino to open, but there is some language regarding sports betting that was attached to the document. The bill will essentially see large expansion of the current state gambling market.

The State House of Representatives is the party responsible for the bill’s initial success. This bill will see an expansion of the East Windsor casino, off-track betting sites and the aforementioned sports betting in the future. A new casino will be built by the Mashantucket Pequot and Mohegan tribes just north of Hartford. MGM Resorts International, the largest in-state competitor, has expressed their disappointment with the state government in their passing of such legislation. They have also stated their intention of pursuing legal action.

Aside from the local casino drama, the sports betting portion of the legislature is the most interesting. The wording of the bill regarding this matter calls for the state’s consumer protection department to draft up a regulatory structure for a sports betting market pending legalization from the federal government. This ambitious endeavor may seem a little farfetched at first, but not if you consider moving pieces in the whole US sports betting debate.

New Jersey has been engaged in a long battle with the federal government over a law they attempted to pass back in 2014 that would allow for state-regulated sports betting. New Jersey tried to go around the Professional and Amateur Sports Protection Act, or PASPA, the current federal ban on sports betting in place. Their battle appears to have run its course with the Solicitor General advising the Supreme Court to not hear their case. While this is a huge loss to the state, the amount of notoriety the case has garnered in the sports betting community has led to other efforts.

One such effort is the newly introduced Gaming Accountability and Modernization Enhancement Act (GAME Act), a Congressional bill that calls for PASPA’s repeal. The GAME Act is a product of NJ Representative Frank Pallone, who is also the ranking member in the US House’s Energy and Commerce Committee—where the bill surfaced. If passed, all authority would fall with the Federal Trade Commission, though individual states would be responsible for the regulation of any implemented sports betting markets. Connecticut appears to be jumping out ahead of the pack with tasking their consumer protection department to begin creating such a framework.

Connecticut, like every other state outside of Nevada, has a way to go with legalized sports betting. Governor Dannel P. Malloy still has to sign the bill into law, though the Governor has already expressed support for the bill. The GAME Act will take time to make its way through Congress, but if it passes than Connecticut will already be on their way to a possible legal state-regulated sports betting industry.