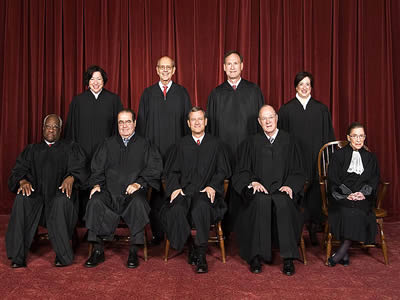 On Monday, the Supreme Court refused to hear an appeal by New Jersey Governor Chris Christie that claims NJ residents rights are being violated by the federal government, by disallowing sports gambling. The judges echoed a previous 2011 decision, which is based on a 1992 piece of legislation known as PASPA. New Jersey residents have overwhelmingly backed proposals which would legalize gambling on professional and collegiate sporting events in their state. And according to The Federal Commission on the Review of the National Policy toward Gambling, they are not alone. That government-backed study revealed that two thirds of all United States citizens have gambled at one time or another. More impressively, the research also showed that 80% of USA adults approve of legal gambling as a way of collecting tax revenue, including the prospect of legal sports betting options.

And in a state where you can walk into a brick-and-mortar casino and play blackjack, roulette or poker for money, it seems odd that sports gambling is not allowed. New Jersey is also one of three states which offer a legal online betting industry. 2011 may have been a bad year for sports betting proponents in New Jersey, but that same year the Department of Justice decided each individual state should be allowed to determine its own Internet gambling destiny, outside of sports wagering. New Jersey has since seen 16 websites delivering virtual casino gambling and poker managed by 7 physical casinos in Atlantic City. In Nevada, you can legally place a sports wager on just about any sporting event or occasion, and do the same on a limited, watered-down group of offerings in Delaware.

And though legal betting online in the United States looks ready to include California and Pennsylvania as 2015 entrants, making just five states in all, legitimate providers headquartered in offshore locations already offer legal sports gambling, legal Internet casino table games, slots and horse race wagering online. New Jersey Senator Ray Lesniak headed the proposal which would deliver legalized sports gambling in his state. He points to the convoluted and constantly changing federal attitude towards varying types of gambling as a reason to allow US states to legalize or outlaw betting online and off. And had it not been for a lawsuit by the NCAA (with the NFL, NBA, NHL and MLB jumping on board) in 2011, sports wagering in New Jersey and other US states might currently be a reality.

The 1992 Professional and Amateur Sports Protection Act (PASPA) legislation was pointed to by those professional and collegiate sports leagues when they sued to stop New Jersey from legalizing online and land-based sports betting in 2011. But in March 2013, U.S. District Judge Michael Shipp gave New Jersey a viable alternative to getting legal betting on sporting events passed. He agreed with the NCAA lawsuit decision, but said that the Garden State could legally offer sports gambling if he could get Congress or the Supreme Court to either make amendments to or totally repeal PASPA. New Jersey took swift action, but the Monday decision by the Supreme Court checkmated the state’s efforts.

Currently, legal betting online if you would like to place a wager on your favorite sports team is legitimately provided by licensed offshore sportsbooks. Located in jurisdictions like Canada, the UK and the Gibraltar, which have openly and heartily endorsed and legalized online gambling, they fall outside of US gambling laws. So New Jersey and United States residents that enjoy placing a bet on a sports contest have legal and reliable options. And with $400 billion being spent annually gambling on sports in the US, it would be nice to see any revenue generated by those wagers stay at home here in the USA. But until the Department of Justice, US Supreme Court and federal authorities decide to give United States citizens what they evidently want, legal sports wagering at established and respected offshore sportsbooks still remains the only viable option for many Americans.