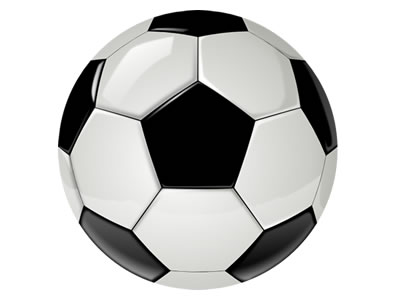 With an aging team that still included much of the heroes from those previous championships, the short passing game Spain is famous for which allows them to hold possession of the ball for long periods of time simply wasn’t working against Chile. Spain earlier had a foreshadowing of weakness, losing a 5 – 1 rout to the Netherlands. That ends the hopes of advancing for Spain, who was simply outplayed by the better team. The loss by Spain and the Chile victory paid handsomely to those savvy online gamblers that predicted Spain’s dominance coming to an end.

In other FIFA World Cup action, Brazil and Mexico both hold a 1 – 1 – 0 record with for a total of 3 points in the group A division. In group B, Chile moved into a tie with the Netherlands with 6 points apiece, each team winning identical 2 – 0 – 0 records. Columbia and the Ivory Coast are currently 1 – 0 – 0 in group C each with 3 points, and group D has Italy and Costa Rica with that same record as well. In group E, France and Switzerland also own 1 – 0 – 0 records with three points, and Argentina is the class of group F, 1 – 0 – 0 with 3 points also. Group G shows Germany and the United States as early leaders, each showing 3 total points and a score of 1 – 0 – 0. Finally, in group H, Belgian holds an early lead with a 1 – 0 – 0 record and 3 points.

The all-important knockout stage begins June 28, and culminates with the 2014 FIFA World Cup Final on July 13 in Rio de Janeiro. The Chile victory marks only the fourth time in World Cup history that a defending champion floundered in the first round. With the powerful Spain out of the way, Germany looks to be a favorite for online sports bettors after totally dismantling Portugal 4 -0. That match was one of the most anticipated in the early going, billed as The Superpower versus the Superstar by ESPN. Obviously the reference was to the excellent teamwork employed by Germany going heads up with probably the best player in the world, Portugal’s Renaldo. For the first 10 minutes, Portugal looked like the better team, but the strong top to bottom lineup of Germany eventually pulled out the victory.

Brazil joins the German team as a fan favorite to win the 2014 World Cup, and the betting odds on the Brazilian team reflect their talented play. Argentina is probably the next team with a real shot at winning this year’s World Cup, with teams like Belgium, Italy and the Netherlands offering very attractive odds as underdogs with an outside shot at victory as well. In the global world of legal online betting, the World Cup tournament format involving 32 teams over one month of play always delivers some staggering upsets. A veteran sports gambler always looks for the Chile – Spain match up to take advantage of, and their will certainly be more of those underdog upsets in the future. 8 different teams have hoisted the 19 FIFA World Cup championship trophies, because it is so hard for any team to keep a dominant squad in place for the four years that pass between World Cup finals.