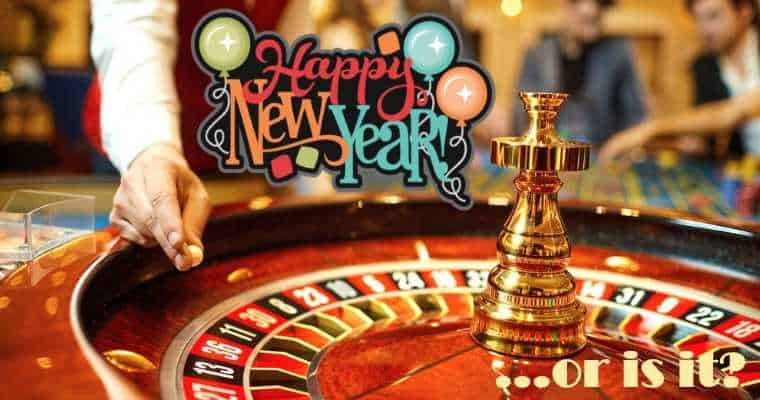 To kick off the new year, there’s a lot going on with the US casino market, both online and off.

In fact, there’s a lot going on with the entire US gambling market.

After all, we’re just days away from the 2022 CFP National Championship game, and we’re only two weeks away from the start of the 2021-2022 NFL Playoffs.

For gamblers, it’s that time of year.

However, there are plenty of non-gamblers out there, too. And they’re our first big update for the new year.

Back in December, voters in Louisiana’s St. Tammany Parish voted down the new proposed casino for the region. The Louisiana gambling project, valued at around $325 million, was soundly rejected, 63.1% to 36.9%.

After a month of regrouping, the main question of what happens to the license has yet to be answered.

Of course, that’s only the first step in what now promises to be an even longer, bumpier road to gambling expansion (or, in this case, gambling relocation) in the Bayou State.

Peninsula Pacific Entertainment will not lose its license, but – after the closure of its Bossier City riverboat casino and this failed relocation effort – the company is again without a place to call home for the foreseeable future.

No other regional suitors are on the radar, which means that – for now – LA brick-and-mortar casino venues will remain fewer in number as much of the rest of the country expands gambling options apace.

Meanwhile, voters in Richmond, Virginia – who similarly voted down a casino proposal by the Urban ONE initiative back in November 2021 – are being faced with a renewed attempt by the local government to “reopen negotiations” on a local gambling house.

If enough signatures are collected and the proposal passes muster with the city council, Richmonders will again be faced with casino expansion in November this year.

It’s unclear why voters rejected the plans before, but it seems possible that more recent and dire economic pressures will tilt the scale in favor of the “house” the second time around.

And, if the model presented by the Pennsylvania gambling market is anything to go by, Richmond voters may indeed be compelled to approve the ask.

One of PA’s newest casino venues – the Hollywood Casino Morgantown – is allegedly off to a very hot start.

Officially opening its Lancaster-area doors less than one month ago, the new Morgantown casino appears to have resurrected an erstwhile doomed shopping center off the Pennsylvania Turnpike.

You know the kind of place: Nothing that opens ever lasts very long, and the locals look upon the empty buildings and overgrown lots with a conflicting sense of happy nostalgia and depressing what-could-have-been.

Every town has one of these cursed commercial destinations.

But fortunately, it looks like the $111 million Morgantown gambling destination might just be be a legitimate cure-all.

To be clear, the casino itself isn’t expected to end the area’s economic woes. Rather, the local government is enthusiastic that the venue could be an “anchor store” that allows other businesses to move into the area and actually sustain themselves there.

Only time will tell, but in the casino market, it’s a tale as old as time.

Maybe that’s an angle the Richmond city council can play up in Round 2.

But then again, there’s also this.

Without question, such stories are the number-one reasons voters opt not to approve gambling expansion in their areas.

Not a week goes by that you don’t hear about some criminal dustup in a gambling district, even if those events are a bit outdated. Casinos – for better or for (much, much) worse – have a reputation of attracting crime.

While this isn’t really borne out by the numbers, movies and other entertainment media throughout the years have painted a picture of the marketplace as dominated by violent gangsters and various other ne’er-do-wells.

Thus, whenever something like the above-linked fiasco actually does go down, the entire industry is smeared as a result.

And because of the entertainment factor (“casino movie” is a literal Hollywood genre), these cases are never allowed to go away. Here, the Laughlin fight took place last summer, but we’re getting updates half a year later as the investigation progresses.

And it’s scary stuff, to be sure. Nobody wants to go to a casino only to be jumped in the parking lot afterwards.

Of course, regardless of your take on these things – whether you think in-person casinos are dangerous or you’re just sick and tired of waiting years on end for a casino to actually open in your area – you don’t really have to worry about any of that.

Remember: In the United States, you can enjoy legal betting online at any reputable international gambling site.

Nearly all these venues take US players at just 18 and older, and they’re never geofenced. No matter where you live, you can play real-money online casino games, bet sports over the Internet, and play in daily online poker tournaments with the gambling sites we recommend.

Your city council can’t harsh your buzz, your neighbors have no say either way, and there’s no parking garage to army crawl your way through when you win.

And that in itself is a major win.

.@MattressMack is back with a #BetLikeACaesar wager on the College Football National Championship 👀
▪️ $1,200,000 on Alabama (+125) to defeat Georgia