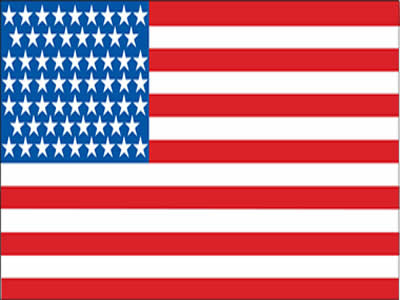 Flashback to December of 2011. Late in the evening of Friday, December 23, the United States Department of Justice quietly released a ruling on Internet gambling. Flip-flopping an age-old position, the legislation announced that individual states could now decide whether they would like to legalize some forms of legal betting online. This did not apply to sports gambling, but would allow for legal Internet casinos and poker, as long as US states certified and regulated real money play just for their residents and visitors when they were located inside physical state boundaries.

It didn’t take long for New Jersey, Delaware and Las Vegas to formulate an online gambling picture. The First State and the Garden State have decided to deliver legal online poker and casino options in the cyber format, while Las Vegas, concerned about cannibalizing revenue at its physical casinos, chose to offer Internet poker only. It has taken a while for those states to review and certify firms for Internet gaming, develop an infrastructure, test prospective websites and actually deliver real money options for legal betting online. But all three have seen moderate levels of success after launching their still infant-like state-sponsored Internet gambling entities.

Recently, a group which tracks gambling related legislation around the globe reported that at least 10 US states are seriously considering legislation that would legalize or expand Internet gambling in 2014. The Gambling Compliance is an organization which also stated they do not believe federal regulation would come for Internet poker or other online gambling options in the United States this year. They see major efforts by opponents at the national level to block any such legislation offered to Congress. But since the state-run option is now legally provided by the DOJ, and other states are watching as revenue announcements are made by the three entrants in the US Internet gambling industry, more legislators will be moving forward with their own bills and proposals.

First and foremost in the discussion is California, which stands to immediately become the biggest and most profitable player when they begin offering Internet gambling simply due to its massive population. But Colorado, Hawaii, Illinois, Iowa, Louisiana, Massachusetts, Mississippi, New Jersey and Pennsylvania have all announced possible upcoming changes to their take on Internet gambling. The holdup in California involves native Indian tribes who already legally run physical casinos in the Golden State. They obviously want to ensure that their land-based interests are protected, while still looking to the future and the inevitable arrival of online gambling.

But probably one of the most significant pieces of information released by the global Gambling Compliance report involves Nevada’s online gambling. The world renowned center for physical gambling is considering adding casino style cyber gaming to its current slate of online poker. That state recently teamed up with Delaware in a player pool sharing online poker compact, and has seen both Delaware and New Jersey report that land-based casino cannibalization by virtual casinos has not occurred. To the contrary, the new players frequenting the virtual casinos in both New Jersey and Delaware appear to be totally different customers than those that frequent brick-and-mortar casinos, as reported by the Borgata Casino in NJ, the leader in online gambling revenue in that state. Tune in frequently as the number of states offering legal betting online is almost certain to increase in 2014.