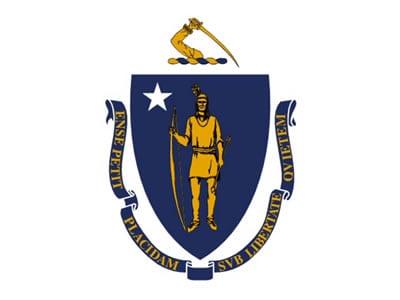 As reported by the Massachusetts State House News Service this past week, Senate Majority Leader Stan Rosenberg sees Internet gambling for the state of Massachusetts as pretty much unavoidable. The Massachusetts senator said that, “I personally don’t see how you avoid it,” when speaking before a state Gaming Commission panel on Tuesday, March 11. He previously drafted 2011 legislation which was passed, legalizing casinos. Presumably the Senate presidency successor next year, Rosenberg said that he would act on the recommendations which the commission offers.

Stephen Crosby Is the Massachusetts Gaming Commission chairman, and he is heading up the selection of which companies should receive the state’s three available casino licenses. A physical slots parlor license was awarded to a company in Plainville, but the Rosenberg proposal is for legal gambling online in Massachusetts, preferably in 2014. Crosby stated it is his belief that the three physical casino license holders should be present when Internet gaming is discussed. In New Jersey and Nevada, Internet gambling is funneled through the existing land-based casinos located in those two states, so as not to cannibalize revenue.

Always a central point when arguing for offering land-based casinos and legal betting online is the amount of traffic nearby Connecticut casinos have received from Massachusetts gamblers. Casino, poker and slots lovers would almost certainly prefer to stay at home and access their favorite form of gambling from the Internet, as opposed to having to schedule a costly and time-intensive trip to another state. Rosenberg pointed out to reporters that you “can’t control the Internet.” When asked what he meant by that statement, he said that people on the computer “go where they want to go.”

He went on to expound that Massachusetts adults are going to gamble online, whether at state-controlled and registered casinos and poker rooms, or offshore legal online casino options. Many Americans have benefited from legitimately licensed and certified offshore Internet gambling outlets, but state and federal legislators would prefer to see US money staying at home. There are currently 10 states, including Massachusetts, considering legalizing some form of state based Internet gambling in order to join Nevada, Delaware and New Jersey in the very new and growing US Internet gambling industry. A DOJ 2011 ruling allows legal betting online at the state level, as long as it is confined to the physical boundaries of that particular state.

Bally Technologies Senior Director of Interactive strategies and products, Jeffrey Allen, was also present at the Gaming Commission meeting, and showed how the virtual Golden Nugget casino in New Jersey works. He pointed out that verification requires Social Security numbers, mobile phone numbers and position tracking and home addresses. Good news for Massachusetts residents and visitors is that state Gaming Commissioner James McHugh said it is his belief that Internet gaming will take place in Massachusetts, using the words “highly likely” when questioned about the possibility of legal online gambling in that state in 2014.