A Beginner’s Guide To NFL Betting 2023

Betting on an NFL game will always be a gamble and regardless of what any online guide tells you, knowing that nothing is a sure bet is the first step to success.

Every game played in the NFL is unpredictable but weighing the odds and knowing the requirement your wager needs to meet to have a payout is vital to adding money to your bankroll over the course of any given season.

When betting on NFL games, it’s important to know a few things before putting money on any teams, players, or outcomes. Here are five tips to know when it comes to betting on the NFL.

Getting Over NFL Fandom

However, gambling doesn’t test your heart but it tests your mind and NFL betting strategy instead. Having an objective point of view is the only way to have success when betting on professional football.

Having bias before placing a bet leads to a shift in point of view and clouds your perception of deciding outcomes, which is the entire point of betting on the NFL. Instead, researching trends, knowing team performance against the opponent, and gaining general historical knowledge should be one of your top priorities.

Sportsbooks do not pledge allegiance to any particular team, so neither should you. The goal here isn’t for your favorite team to beat all other teams, but instead, the goal here is to beat the odds a sportsbook gives you.

Choosing the Type of Bet

There are many types of betting options when it comes to the NFL, but for beginners, focusing on only one may be the best course of action. Once you become comfortable with how sportsbooks make odds, you can then expand and diversify your bets even further as more knowledge is gained not only concerning sportsbooks but on the NFL as well. Let’s focus on the most common type of bet placed on NFL games: The point spread.

During an NFL season you may see a line that looks like this:

If you bet on the Jets, the line indicates the Patriots must win by less than 7.5 (7 points due to no half points) or the Jets win outright.

The key takeaway here is that you aren’t simply betting on who wins or loses but also must factor in the margin of victory. One final note: For beginners, it’s important to not look at the payout and try to factor that into the equation as well.

In the example, just because the Jets are +7.5 and have, say, a +200 (betting $100 wins $200) payout shouldn’t sway your decision either way. Winning is the most important goal, regardless of the payout.

Traditionally, Las Vegas and online sportsbooks have home-field advantage accounting for 2.5 points when it comes to NFL games. Take this scenario below as an example:

Keep in mind the 2.5 (or sometimes even 3 points to some sportsbooks) advantage is an average calculation base on all home games played in NFL history. Since the 2000 NFL season, home teams in the NFL have a 57.1% win rate in the regular season and a 64.7% win rate in the playoffs. Again, this is an average, since playing in a dome and playing in the freezing snow should be valued differently.

No one monitors NFL injuries more than the sportsbooks, so you can bet as soon as a report surfaces about an injury to a player, they will quickly change the odds or even temporarily remove the line completely while they readjust the point spread.

The NFL quarterback is often regarded as the most important position in professional football, and maybe all of sports, so a team’s starting quarterback being injured is valued the most out of any position and will cause the biggest shift in a point spread.

The center offensive lineman is the next most valuable position to sportsbooks due to the center being responsible for all the blocking calls on the offensive line and being familiar with how the quarterback likes the ball snapped. In addition to the center, whoever is the best pass rusher on a team’s defense will be the third-most valuable position after quarterback and center.

This is due to pass rushers, such as defensive ends and outside linebackers, heavily influencing a quarterback’s decision-making since they are the shortest distance from the ball on defense and can make the biggest game-changing plays.

Knowing the Value of NFL Lines, Spreads, and Odds 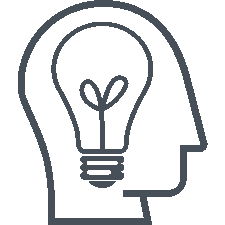 Regardless of which type of bet you choose, keep one thing in mind: The goal of a sportsbook is to make money, and to accomplish this, a sportsbook wants an even number of bets placed on both sides.

Doing so ensures the sportsbook will net a profit regardless of which team wins. Sportsbooks have “juice” added into betting lines with 10% typically being the standard amount of juice added to any money line.

Traditionally, the most common juice amount for a point spread wager is -110, which means for every $1.10 wagered, the bettor can win $1.00 from the sportsbook. And let’s say you see this line:

This example gives both sides of the betting line an equal payout, but what if a lot of money starts being bet on one side and not the other?

The sportsbooks will do one of three things:

As an example, if people begin putting most of the money on the Cowboys, the line could go from:

To this line before kickoff:

In the end, don’t be fooled by the value given by sportsbooks. In the example, if you believe the Cowboys are going to win handily then you shouldn’t be swayed by bigger payouts since a bigger payout doesn’t matter if you lose because losing nets you nothing, regardless of value.

On the flip side, winning the bet is always of most importance, since regardless of payout, it still means you are guaranteed a profit.

Week 9 in the National Football League began last night when the Philadelphia Eagles continued their dominance by beating the Houston Texans by a final score of 29-17. With a record of 1-6-1, the Texans can no longer cling to … Read more

If you’re a football fan, then you’ve most likely heard about the frightening head injury that Dolphins quarterback Tua Tagovailoa suffered while playing against the Bengals. This was after he was previously cleared for play after suffering an earlier hit … Read more

2022-23 NFL Betting: What We’ve Learned After Three Weeks Of Action

Three weeks are in the books for the 2022-23 NFL season, and already there are some surprising developments that do not align with preseason expectations. Here are some of our observations regarding teams that are exceeding early projections or … Read more