While the Super Bowl might get top billing as the biggest betting event on the US sports wagering calendar, Sunday’s competitive docket also includes the Animal Planet Puppy Bowl, which has surged in popularity over the last several years. And now, for the first time ever, offshore sportsbooks are offering betting lines on the “American Furball” title game!

If you want to take your Super Bowl prop betting fun to the next level, the Puppy Bowl gives new meaning to the term “underdog.” Of course, you can also bet on the “litteral” top dog if you think you know which lucky pup (or team) is going to win this year.

To learn how to legally wager on the cutest contest in sports, we’ve got all the kibbles and tidbits on Puppy Bowl XVIII betting. Down, set, bark!

Yes, it is legal and safe to wager on Puppy Bowl 19 if you use a legitimate and reputable offshore betting site to do so. In fact, because Vegas and other state-regulated betting markets don’t offer Puppy Bowl lines, using offshore sportsbooks is currently your only option to put real money on all the Team Ruff and Team Fluff shenanigans in store for Puppy Bowl Sunday.

Please be advised that offshore sportsbooks do not currently accept bettors from New Jersey. However, there is a chance that NJ will have lines on the little game, as the state gambling commission has authorized other entertainment betting lines in the past.

Given the popularity of the event, the betting lines on the Puppy Bowl are fairly in-depth. At the best legal betting sites, you can find spreads, straights, and totals, but you can also choose from a selection of Puppy Bowl prop bets and Puppy Bowl MVP odds, among others. The following PB odds are from Bovada:

The 2023 Puppy Bowl will feature 90+ puppies from over 50 shelters throughout the US and abroad. You can check out the official starting lineup once it has been announced at their website.

How To Bet On The Puppy Bowl 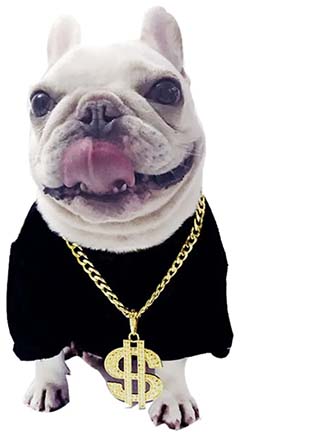 Betting on the Puppy Bowl is easy: Just sign up at Bovada or another top sportsbook with odds on the canine cavalcade, and place your wagers as usual. That said, how you should bet is less easy. Despite nearly two decades of history, the Puppy Bowl is still played by puppies, many of which are barely aware of their surroundings. Let’s be clear: The Puppy Bowl is a crapshoot. It’s the cutest lottery ever, but it’s still a lottery.

In the world of random sports outcomes, it doesn’t get any more random than a bunch of young doggos running around on a small field trying to score points in a game they don’t even understand. Half of them will probably take a nap in the endzone, and the other half will go to the bathroom right on the field of play (which is, incidentally, an effective tactic employed and endorsed by any number of old-school NFL greats). Still, if there’s a betting edge to be found, you can probably find it by looking at previous Puppy Bowl winners. 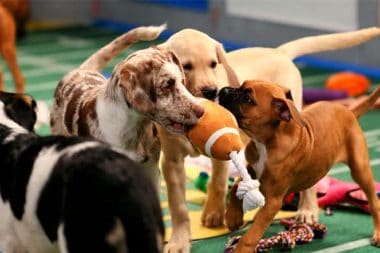 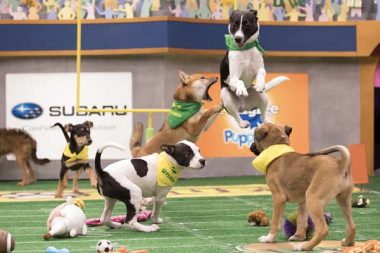 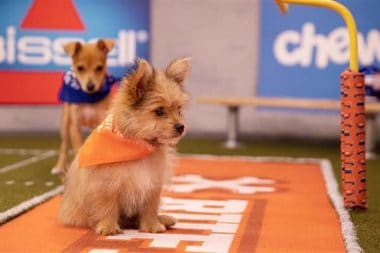 What are Puppy Bowl trading cards?Expand

Puppy Bowl trading cards are a fun way to follow the players in the annual game, but the platform also allows fans to make their own cards featuring their own uploaded photos of pets and shelter animals in need of a new home. You can check out Animal Planet’s Puppy Bowl Trading Card page here.

Why can’t I find Vegas odds on Puppy Bowl action?Expand

Traditionally, the Nevada Gaming Control Board does not allow casinos and sportsbooks to offer betting odds on entertainment events. This means that in addition to lacking Puppy Bowl lines, Las Vegas – and by extension, most all regulated state-based sports betting markets in the US – do not offer odds on televised events like reality shows, the Academy Awards, the Grammy Awards, and so on.

What channel is the Puppy Bowl on?Expand

The Puppy Bowl is on Animal Planet, and you can also watch the event on the Animal Planet GO app available across a number of devices (iPhone, Android, Windows, Mac, etc.).

How can I get Puppy Bowl tickets?Expand

Unfortunately, the Puppy Bowl is pre-taped and tickets are unavailable. Taping typically occurs in October over the course of 3-4 days, with roughly 50-60 hours of footage captured and edited.

Can you adopt the puppies from the Puppy Bowl?Expand

Puppy Bowl adoption is definitely possible, but you should expect the competition to be far more fierce than the action on the field, as tens of thousands of fans will be looking to give the stars of the show a good home.

Who has won Puppy Bowl MVP?Expand
Who is the Puppy Bowl 2023 host?Expand

The host of Puppy Bowl XIX will be announced soon.

What is the Kitty Halftime Show?Expand

The Animal Planet Kitty Halftime Show is exactly what it sounds like: a kitty halftime show! At halftime, a bunch of shelter kitties come out onto the field and play with laser pointers, scratching posts, and so on. Kitty Halftime Show lasts approximately 15 minutes.

Are there Puppy Bowl penalties?Expand

There are penalties handed out in the Puppy Bowl, some of which are modeled after the nomenclature of actual football penalties. Common PB penalties include the following:

2022-23 NFL Betting: What We’ve Learned After Three Weeks Of Action

The Debut Of NFL Betting And Shopping The Bills vs. Rams Odds