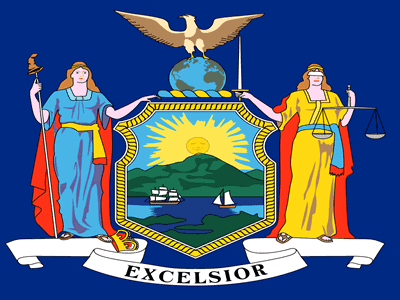 The regulation of online poker In the US as a whole has been something that groups like the Poker Players Alliance, or the PPA for short, have been behind for several years. Since the UIGEA passed in late 2006, many people have been operating under the assumption that the only way poker could become a “sure thing” in the United States, as far as the Internet goes, would be for it to be regulated and protected by the government. New York has taken a strong step towards making that a reality in their state as S.5302 has passed the Finance Committee of their State Senate.

At the time of this writing, the three states that have regulated online poker are Nevada, Delaware and New Jersey. One of the problems with these individual, segregated markets is that they don’t work out too well for poker because of their limited nature. You really need at least a few thousand people online at any given time to have a healthy poker player ecology, and even though Nevada and Delaware have a pact signed to share players, this isn’t enough to get the numbers that are needed.

What’s really been needed is a state with a hefty population of players to join in, regulate the industry and start forming player-sharing agreements with other states. While California has been seen as the ideal, New York isn’t a bad option either. This is why legal online poker in New York is so important to the overall picture and to the future of online poker as a whole in the United States, at least on a regulated, long-term front.

What happens next is that we get to sit back and watch the legislative process continue to work at its typical glacier-like pace. While there is plenty of time for the bill to be put into law during this legislative session, a concern that has stopped previous legislation in some states on multiple occasions, it’s not a slam dunk just yet. There are strong consumer protection advocates who want to really make sure any regulatory structure for online poker will protect the players (as it should), but it’s unclear to what level they’ll go to meet their demands. If someone has a strong voting bloc together with unreasonable demands that will kill the industry before it gets started in the state, then that could be a lose-lose situation for the game regardless of what happens with the bill.

Other Types of Online Gambling in New York

As far as other types of online gambling go for the state of New York, there’s nothing really planned at this point. However, with the situation with daily fantasy sports there having come to a head in the past year, we wouldn’t be surprised to see some kind of resolution on that front come as a result of online poker legislation. A lot of people make parallels between the two types of contests, and rightfully so. Even with that being the case, poker seems to have a bit more of a backing in the state than DFS, so even if the poker bill is passed, that doesn’t necessarily mean that daily fantasy sports will have an easy time getting back into the state as well.

In any case, the situation is looking pretty good for poker, and if this goes through, 2016 could be seen as the real turning point for online poker legislation in the United States as a whole if other states thinking about legalizing online gambling decide to follow New York’s lead.