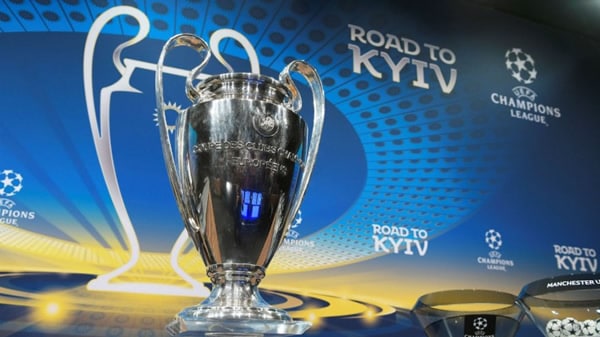 Fans and bettors waited anxiously for the UEFA Champions League quarterfinals draw. The draw determines the odds for each team and how bettors will lay out their betting strategies. In an interesting turn, the 3 Spanish teams managed to miss each other, yet the only 2 English clubs are set to face off. Accusations of corruption aside, this year’s quarterfinals should be an exciting one for both fans and bettors alike. Betting on soccer can be quite lucrative. Use this guide to help map out your strategy.

The first leg matches are slated for April 3 and 4, respectively. We’ll break down each of the quarterfinal matchups and how these teams got to this point. Better to have some knowledge of each team going in when placing legal bets online.

This is a rematch of last year’s Champions League final. There haven’t been too many changes to the squads since last year, so it will certainly be a grudge match. For Juventus, this will be a chance at redemption, particularly for GK Gigi Buffon. The Italian player has yet to add a Champions League trophy to his cache of awards. When these 2 teams have faced off in regular knockout ties, Juve won each time. However, Real has won both games in the finals.

Both teams played well in the Round of 16. Real stomped PSG 5-2 on aggregate. The Parisian team was at one point favored to win the whole Champions League. Cristiano Ronaldo bagged 3 of their 5 goals, further establishing his status as a dominant player in European competition. Madrid will need top performances out of Ronaldo, Marcelo, Casemiro, Kareem Benzema, Sergio Ramos and Toni Kroos. It is uncertain whether Luka Modric and Gareth Bale will be available, as both players are dealing with fitness issues. Madrid’s La Liga presence has been woeful, but their record in the Champions League remains aligned with the team’s interests.

Juventus saw Tottenham in the Round of 16. The English side managed a comeback draw away from home in the first leg, The Italians were too fierce in the second leg match and defeated Tottenham 4-3 on aggregate. Juve will need to shake off the Champions League final loss last year to Real, but team representatives feel confident in the squad. Paulo Dybala, Gonzalo Higuain, Mario Mandzukic and Giorgio Chiellini must perform well in the first leg since both Miralem Pjanic and Medhi Beneatia will be unavailable in the first leg at home due to suspension. Juventus’ main focus should be stopping Real from scoring any away goals. If they can keep a clean sheet, there won’t be as much pressure in the second leg. They’ve played well in Serie A and are at the top spot and in the Coppa Italalia final; they just need this success to translate over to the Champions League.

Sevilla pulled off an underdog win against Manchester United in the Round of 16. The first leg was goalless, but the Spanish side scored 2 away goals at Old Trafford to eliminate the historic team from the tournament. Substitute Wissam Ben Yedder scored 2 goals 4 minutes apart late in the second half. His impact off the bench will be vital in this draw. Now, Bayern are a much tougher side than United, so Sevilla have their work cut out for them. The first leg is on their turf, giving Sevilla the home field advantage, but Bayen’s offense is relentless.

Bayern simply have too many weapons. They beat Besikta 8-1 on aggregate (to give you an idea of their offensive firepower). Forwards Thomas Muller and Robert Lewandowski each had a brace in the first leg. They will surely make a strong impact in the quarterfinal. Bayern also practically have a full squad available with veterans Franck Ribery and Arjen Robben both playing well. Bayern sit clear ahead of the rest of the Bundesliga. They can focus their efforts on this Champions League draw. Bayern are heavily favored to advance, though Sevilla already pulled off an upset once.

This matchup of 2 English giants should prove interesting. Manchester City is close to winning the EPL trophy this season and their form has been nearly unstoppable. Kevin De Bruyne is arguably the best midfielder on the planet right now and they have an electric forward in Sergio Aguero. Add Leroy Sane, Raheem Sterling, David Silva and Ederson into the mix and you have a lethal squad. They defeated Basel 6-1 on aggregate, further proving their offensive and defensive capabilities. To be fair, Liverpool is a tougher squad, and Man City did lose to them at Anfield earlier in the season.

Liverpool had an impressive 5-0 aggregate win over Porto to get where they are, but Manchester City is a different animal. Manager Jurgen Klopp is well aware of their domestic rival’s abilities. He’ll need to come up with a strong game plan to keep City at bay. Liverpool’s offensive trio of Mohamed Salah, Sadio Mane and Roberto Firmino must be active in both legs for them to have a chance. The real task falls to the defense consisting of Virgil van Dijk, Dejan Lovren and Joe Gomez. They have an advantage in hosting Man City in the first leg, but that’s about it.

It looks like it could be Barcelona’s year with the way they are playing. They are well ahead of the La Liga table and in position to win the treble if they can advance in the Champions League. They were lucky to draw Roma in the quarterfinals, though it won’ exactly be a cakewalk. Barca defeated Chelsea 4-1 on aggregate with a 3-0 routing at home. Lionel Messi bagged his 100th Champions League goal in the second leg and looks to be in fine form. Youngster Ousmane Dembele is settling in and had an impressive goal of his own against Chelsea. The usual suspects of Andres Iniesta, Luis Suarez, Sergio Busquets and Gerard Pique will play vital roles in this fixture. Barcelona are expected to advance to the semifinals.

Roma got past Shakhtar Donetsk 2-2 aggregate with a goal in hand thanks to their away performance (an example of how away goals can come in handy). Edin Dzeko will have the bulk of offensive responsibilities, but midfielders Radja Nainggolan and Daniele De Rossi will lend support. Look out for the young Cengiz Under who had a nice goal in the first leg. Roma may be up against a wall with Barcelona, especially at the Camp Nou, but they have the grit to get them through.