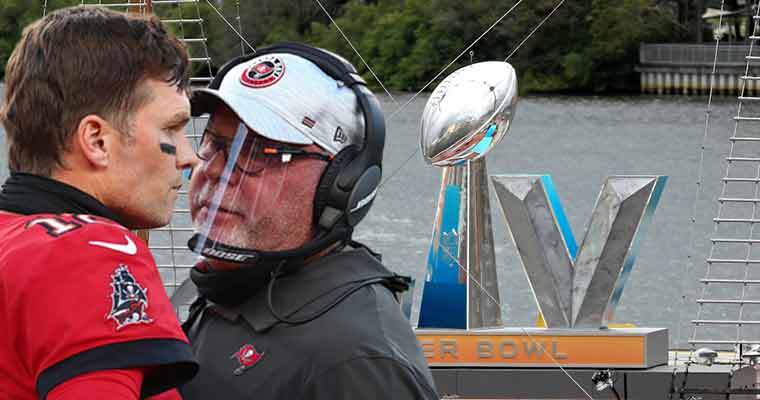 The Tampa Bay Buccaneers continue to be a +3.5 point underdog in Super Bowl 55 betting lines at major books around the web, with the spread staying put for the ten days that it has been receiving action.

The NFL point spread indicates the superiority of the Kansas City Chiefs in many ways, but none more so than the fact that they are favored to win on the home turf of the Bucs, Raymond James Stadium in Tampa Bay, Florida.

Can Tampa Bay become the first home team to win a Super Bowl? Here are a few reasons why that could happen.

While oddsmakers use logic and prior statistical performance as their guide to create NFL betting lines, Brady’s experience level is difficult to account for. He has more postseason NFL snaps under his belt than any other QB that’s ever played the game, and that includes the Super Bowl where he has an NFL record 10 appearances and 6 wins.

Brady will be hyper-focused for Sunday’s big game and will be playing alongside what is arguably his most skilled offensive unit to date.

Coach Arians has been a part of championship coaching staffs in the past, winning two Super Bowls with the Pittsburgh Steelers as an assistant, but he has never hoisted a Lombardi Trophy as an NFL head coach.

He has routinely produced quarterback-friendly offensive schemes that place points on the board at a high rate. After a stint with the Arizona Cardinals, Arians retired, and it seemed as if he was done coaching for good.

Tampa Bay was able to lure coach Arians back into the NFL, and for one reason only – the franchise’s dedication to winning a Super Bowl title. It is the only item missing from Bruce Arians’ trophy case, and the acquisition of Tom Brady is evidence that the Bucs mean business across the board, from the front office to the personnel, and roster.

Brady and Arians are locked in and studying up for Super Bowl LV, and that should make any opponent nervous.

What many point to as evidence of Tampa’s likelihood of losing to KC is the box score for their Week 12 clash where Mahomes and the Chiefs outlasted the Bucs by a score of 27-24.

While that score may seem close, keep in mind that at one point in the second half, the Chiefs held a 27-10 lead.

The fact that the Buccaneers have already lost to the Chiefs should not be disregarded by any means, but at least Arians and his staff have some immediately relevant game film to study.

That’s a whole lot better of a scenario than having to guess by watching tape of Kansas City compete against other squads.

We’ll leave you with this. Although it is unlikely that Tampa will be unable to overcome three games in a row as underdogs during a given NFL postseason, it will also be incredibly difficult to defeat a Tom Brady led team on their home turf on two occasions during the same year.