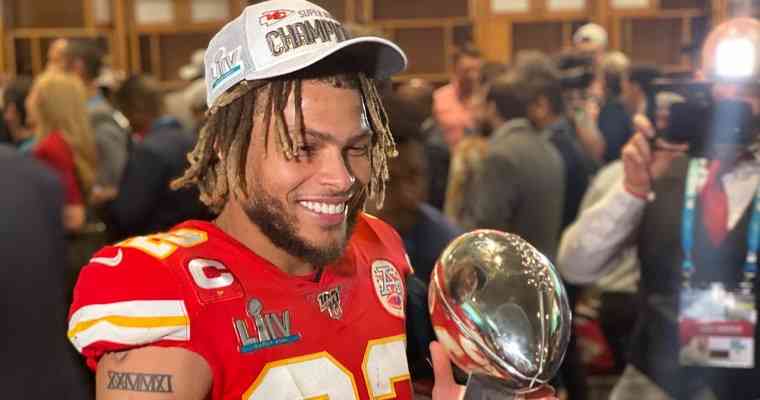 The oddsmakers must have nailed the point spread that they crafted for Super Bowl 55 because the line hasn’t moved in over a week. As soon as the Conference Championship Games were in the books, Super Bowl LV betting odds were produced that featured the Kansas City Chiefs as a 3.5 point favorite over the Tampa Bay Buccaneers.

It is now over one week later and the line is holding strong, indicating that bets are coming in on both sides of the spread at an even pace. We here at Legal Betting Online expected the spread to narrow to a 2-point advantage for KC, but some movement in that direction would have certainly occurred by now if that were going to be the case by February 7.

That means that there is a general consensus in the realm of NFL betting that suggests the Kansas City Chiefs will win the game and clinch their second Super Bowl Championship in a row.

Here are a few reasons that bettors should buy-in to that belief when making their wagering decisions on Super Bowl Sunday.

Travis Kelce had already established himself as one of the NFL’s greatest tight ends of all-time prior to Patrick Mahomes being drafted by Kansas City. Once Mahomes became the starter, they quickly developed a chemistry, and that potent mix helped Kelce break the NFL record for yardage this season with 1,416.

Travis added in 105 receptions and 11 touchdowns as well. In KC’s Week 12 matchup with the Buccaneers, Kelce caught 8 passes for 84 yards, and sportsbooks are indicating that those numbers will increase because Super Bowl prop bets suggest that he is the most likely first touchdown scorer of the game, and has the highest probability of scoring 2 touchdowns.

Defenses around the NFL are well aware of Hill and his ability to get beyond secondaries, but this season he took it to another level and eclipsed his previous personal best for touchdowns with 15 (17 all-purpose), while also matching his 2018 total of 87 receptions.

In case you missed his week 13 performance against the Tampa Bay secondary, he managed to haul in three scores and 269 yards on 13 grabs, and no, that is not a typo. The Bucs are probably studying film into the early AM hours game-planning for Hill, and good luck to them, but even if they succeed, it’ll only mean that someone else is open.

Flying under the radar is the Chiefs’ defense which ranked 11th overall during the NFL regular season. Their strength is in their pass defense but they rank toward the middle of the pack when it comes to QB sack totals. A significant pass rush has historically been the best method of slowing down Tom Brady, but KC is getting it done with a solid effort in their secondary led by veteran safety Tyrann Mathieu.

The momentum of the Super Bowl is often swung upon a timely defensive play, so don’t be surprised to see the Kansas City defense step up during the late moments of the game and deliver a second Lombardi to head coach Andy Reid in as many years.

There are only five more days before Super Bowl LV begins, so head on over to your favorite online NFL sportsbook and ensure that you don’t miss out on the action. The SB odds shift from day to day so be sure to check back here until kickoff on Sunday.