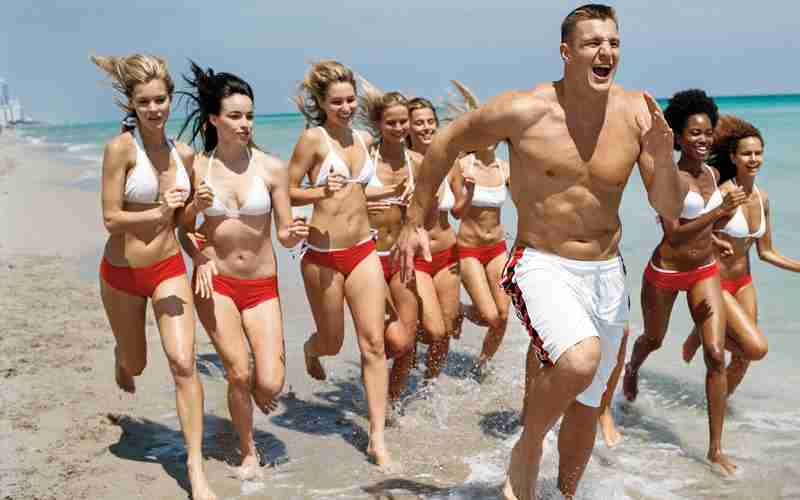 There are only 11 more days until Super Bowl 55, and NFL sportsbook sites have already produced hundreds of proposition bets for the final game of the year.

We’ve combed through these SB props and located the most fun and unusual lines available for Super Bowl LV and compiled a few below for review.

There are always National Anthem prop bets that circulate this time of year, but most of them involve the duration of the Star-Spangled Banner performance, whether the singer will flub a lyric, or what variety of wardrobe they’ll opt to wear for their national television spotlight.

The following SB LV Anthem prop simply asks which team’s popular tight end will be shown first while the Star-Spangled Banner is being belted out to the cheap seats.

Who Will Be Shown First During SB 55 National Anthem?

Travis Kelce is one of the top tight ends in the game today, and Rob Gronkowski, although not where he used to be athletically, will go down as one of the greatest TEs in NFL history.

Both are also extremely popular off the field, and will certainly draw the attention of camera lenses regardless of what is happening during the big game.

This is also represented in the money line as both feature the exact same odds of appearing on camera first during the SB LV National Anthem, and both options will require bettors to risk more than their potential reward.

Will There Be A Flea-Flicker Attempt In Super Bowl LV?

One of the most fun plays in football is the flea-flicker. The quarterback hands off to a running back, and just before reaching the line of scrimmage, he tosses it back to the QB.

The idea is to fake out the defense and make them think it is a run play. By the time the defense realizes that the running back has “flicked” the ball back to the quarterback, there’s often an uncovered wide receiver streaking down the field, ready to haul in an easy touchdown pass.

The following Super Bowl prop bet suggests that neither head coach will call a flea-flicker during SB 55, but the money line odds of +170 will pay out handsomely if it happens to the tune of $1.70 for each dollar wagered.

Don’t look now but Puppy Bowl XVII odds have popped up and are now receiving action. Both teams are featured in the negative money line odds at -120 and have an equal chance of winning according to online sports betting sites. This pre-recorded battle of adoptable canines will air early on in the afternoon prior to Super Bowl LV, and technically, will cash in before any other SB prop available.

Early Puppy Bowl betting lines indicate that the Most Valuable Puppy of the 17th annual matchup between Team Fluff and Team Ruff will be a male. None of the contenders for Puppy Bowl 17 were available for comment to offer preferred gender identity, so we’ll have to take the oddsmaker’s word for it.