Skip to content
HomeNewsLegal Internet Gambling On The Colorado Docket In 2014? 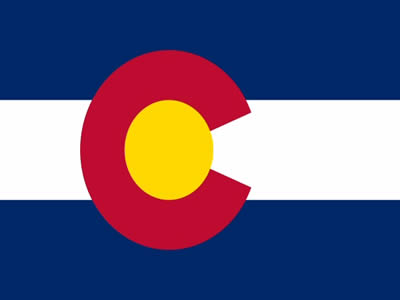 New Jersey, Nevada and Delaware all currently offer legalized gambling online to residents and visitors of those states. Nevada and New Jersey have announced they are both aggressively seeking overseas partners to improve their player pool size and possible revenue, and several US states are pushing forward to also legalize online gambling. One such state is Colorado, whose state legislators say Internet gambling is definitely an issue that will be raised in early 2014. It has been four decades since many states began offering lottery participation, and that industry now grosses US states more than $18 billion a year. Legal online casinos and poker gaming could do the same.

While there is no doubt that Governor Chris Christie’s estimate of $1 billion in New Jersey Internet gambling revenue in its first year is out of line, the state is signing up roughly 3,000 people a day for its online gambling offerings. And after watching the three states which have already entered the web gambling industry in the US successfully launch with a limited number of hiccups, Colorado could leapfrog California as the first state in 2014 and the fourth state overall to develop some type of Internet gambling presence, regardless of whether they opt for legal online poker, casino gaming or both. And there are multiple reasons to believe that just might happen.

California legislators in late 2013 announced that they were definitely looking forward to hopefully legalizing some type of legal California online gambling in the Golden State in early 2014. But California has already twice voted down legal Internet gambling, and it appears Colorado is ready to move forward in that regard. Colorado has been known as a steady conduit for Las Vegas’ physical casinos, and after years of watching its residents take their money out of state, the Centennial State seems eager and ready to keep the revenue at home. And this is definitely not the first time that Colorado has decided to act on Internet gambling. In 2012 state lawmakers in Colorado put forth a proposal for legalized online gambling, but it did not generate much support on either side of the aisle.

As executive vice president of government relations for Pinnacle Entertainment, Troy Stremming said that his company is “monitoring very closely” the Internet gambling industry in Nevada, Delaware and New Jersey. Pinnacle is a regional brick-and-mortar casino company with a large presence in the Midwest and South. In Las Vegas and Atlantic City, the popular physical casinos in those states are home to the headquarters for statewide Internet gambling. With an established presence across the United States in building and running “real world” casinos, Pinnacle obviously has an interest in a possible Internet gambling industry being launched in Colorado and in other states. Copying successful NJ, Delaware and Nevada operations, established casinos would quite likely be the center of web gambling in any new legally regulated gambling states as well.

Pinnacle currently owns the largest casino in Colorado, the Ameristar Black Hawk, making for a possible base of internet gambling operations in that state. While pie-in-the-sky numbers from uneducated sources like Christie raise eyebrows, a recent and legitimate study concerning possible Internet casino revenue projections has been released. Gambling industry expert Adam Krejcik works for Eilers Research, and his company’s studies show that Colorado online casinos could probably create around $112.5 million a year in revenues. This is based on approximately $30-$38 million a year from online poker play in that state alone. That is a substantial number considering the state claims just over 5 million residents. Colorado Gaming Association executive director Lois Rice, when questioned about possible 2014 Internet gambling legislation in the state, said simply, “We’re still exploring it.”