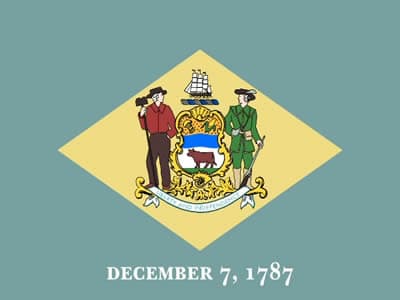 Nevada has already opened two different websites offering state-sponsored legal Internet poker for real money. New Jersey and Delaware on the East Coast were battling for the important position in the young US online gambling industry, each trying to launch their versions of online gambling before the other. In that regard, DE has bested the Garden State, launching a full slate of legal casino gambling and poker games for real money wagering on October 31. Opening wide its virtual casino doors appropriately enough on Halloween, the trick was on New Jersey, as the Internet gambling treat presented by Delaware gave its states residents and visitors a choice of poker games, blackjack, roulette and slots to play online for real money.

New Jersey is planning on opening with a soft launch of their online gambling offerings on November 21, offering access to all residents in the state on November 26. By getting out in front of New Jersey by nearly a full month, Delaware has also made history in another way with its state-sponsored rollout of Internet gambling. Legal Nevada gambling consists of just poker for the time being, so Delaware is historically the first state to offer a full range of casino games as well as Internet poker since the United States Department of Justice relaxed its opinion on the federal wire act in December of 2011.

Delaware had already debuted their online gambling websites back in August with free play options. This was in the hopes of building a ‘free play” player pool to transition to wagering for real money when they decided to deliver real money gambling in the First State. Currently, no numbers are in, and it is too early to tell exactly how well Delaware’s Internet real money gambling launch has been received. Nevada was the first state to pass some type of gambling friendly legislation after the DOJ opinion in 2011, but Delaware was the first to legalize a full slate of online gambling casino and poker games in June 2012. That was when Governor Jack Markell signed The Delaware Gaming Competitive Act of 2012 into law.

Delaware has chosen 888 Holdings and Scientific Games as the initial vendors for interactive online gaming services, which will be rolled out through Delaware’s three racinos. The initial free Internet casino and poker offerings launched in August debuted on Facebook, but since CEO Mark Zuckerberg’s company currently does not allow real money gambling applications in the US version of Facebook, Delaware real money gambling will take place at state regulated online gambling websites. With less than 1 million residents and 7 million tourists each year, it will definitely be important to Delaware to form online gambling compacts with other states which also legalize online gambling.

Both New Jersey and Nevada have already passed legislation which would allow their governors to enter online gambling agreements with other states, allowing each side to share the others player pool. Delaware has yet to pass such legislation, and the state could offer Nevada something it doesn’t currently provide. By entering an Internet gambling agreement with the Silver State, Delaware could offer roulette, blackjack and slots to that state’s 3 million residents and 40 million tourists annually. Obviously this would help Nevada, since they would not have to develop and manage a full slate of casino games, and would benefit the state of DE by vastly improving the size of its player pool. New Jersey will be watching the Delaware Internet gambling launch carefully, so check back frequently as New Jersey looks to join Nevada and Delaware with its upcoming Internet gambling launch.