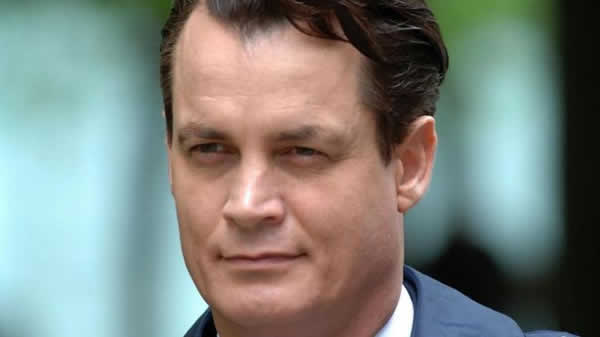 Those familiar with Matthew Taylor Mellon II will remember him as the male heir to two of America’s prominent banking families who also served as the Chairman of the New York Republican Party Finance Committee during 2011-2013 but may forget Mellon’s achievements in cryptocurrency investments. Mellon had a great intrigue in cryptography and virtual currencies to much of the apprehension of his traditional banking family. They were shocked when the banking heir invested $2 million dollars into cryptocurrency developments after getting turned on to digital currency by the Winklevoss twins. However, Mellon felt it was the right decision and it paid off when he gained $1 billion dollars for his investment.

Matthew Mellon was known as a cryptocurrency bigwig due to his early investments with Bitcoin, Bitcoin-related companies, and Ripple’s currency – XRP. Mellon invested in these platforms when many were shying away from the unknown territory that was cryptocurrency. Many investors feared crypto technology, dreading the complete loss of their money in a blink of an eye without a trace. However, Mellon was excited about the idea of a transparent digitized currency and possible applications. In 2012, Mellon began buying large shares of Bitcoin and invested in several Bitcoin-centric companies such as Coin Apex and Coin.co. His advocacy for Bitcoin was wholesome as he truly believed that virtual currency would one day replace the US dollar bill.

However, after associations with Anti-American sentiments revolving around Bitcoin, Mellon quickly abandoned the coin for another – Ripple. Matthew Mellon stated that he preferred to work with Ripple because it operated within the traditional banking system. Mellon was also interested in making crypto applications for traditional banking institutions. This solidified the fact that Mellon was pro-American, pro-business, and pro-bank and he was well connected with other high-ranking cryptocurrency investors, senior-level executives, and leaders in the industry that he could make his goal a reality.

Unfortunately, the billionaire banking heir died in April of 2018 before he was able to see his project come to life. The 54-year old had struggled with drug addiction for a large portion of his life and began receiving Ibogaine treatment at the Clear Sky rehabilitation clinic in Cancun, Mexico. After an 88-day sober streak from OxyContin, a painkiller he started taking after a surfing injury, Mellon relapsed and flew to Cancun to receive treatment once more.

He was pronounced dead before he could check-in to his Ibogaine treatment program Monday-morning. Matthew Mellon is survived by his three children and two ex-wives. Aware of his addiction issues and $100,000 a day OxyContin budget, friends and family of Mellon supported any form of recovery even though Matthew sought the controversial treatment of ibogaine which claimed to relieve cravings, withdrawals, and dependency on drugs.

Supposedly, Mellon died of a heart attack after experimenting with Ayahuasca, a similar drug to Ibogaine; however, an autopsy report and toxicology report has not been released. Some speculations are that none will be performed and that Matthew’s body will be cremated. Suspicions of foul play have risen amid missing fortunes. Hundreds of millions disappeared and Mellon’s family cannot even access his crypto investments. While Mellon had reportedly hidden digital keys to his XRP investments in cold storage under other’s names in various US locations, speculations of murder are there, and some say the motive might have been related to his cryptocurrency account.

Matthew Mellon was always worried that someone was trying to get him – he was known to routinely check his security team, change cars, and update his team. One of his ex-wives states that his drug paranoia never left him and that his fear was fabricated but with a potential murder at hand, maybe Mellon had a right to be in fear.