Skip to content
HomeNewsIllinois Next Up For Legal Betting Online? 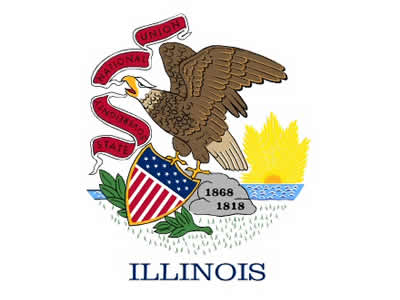 While at least one Pennsylvania legislator believes that all Internet gamblers should be thrown in the Gray Bar Hotel, not all of his fellow lawmakers feel the same way. Just three states down the road in Illinois, efforts are being made to allow legal betting online even though the driving force behind that legislation admits the proposed law faces substantial obstacles. New Jersey, Nevada and Delaware already ofer legal US gambling states, and an additional 10 states, including Pennsylvania and Illinois, are attempting to join the Internet gambling industry in the United States.

On the other end of the spectrum, at the federal level there is a concerted effort to give wider meaning to the Federal Wire Act of 1961. That law stated that certain types of wired communications were illegal if they included “assisting in the placing of bets or wagers on any sporting event or contest.” The flip-flopping Department of Justice decided in late 2011 that the Wire Act should only apply to sports betting online, thus giving way to legalized online poker that is state-sanctioned, as well as legal online casinos. Global, national and local lottery ticket sales are also now legally offered in the United States via convenient web purchasing.

With several state legislators hoping to turn to Internet gambling as a way of bolstering revenue, it appears that Illinois may have passed California as the next possible state to offer some form of legal betting online. California has a rich poker room history in the brick-and-mortar sense, and many thought that 2014 would see The Golden State as the fourth entrant into the US online gambling industry. But John Cullerton is hoping that Illinois can leapfrog California in that regard. One of the top Democratic lawmakers at the state level in Illinois, Cullerton is the major proponent for legislation which would legalize online gambling in that state.

Since the post-2011 Department of Justice interpretation of the Unlawful Internet Gambling Enforcement Act (UIGEA) and Wire Act, pro-gaming legislation which would mirror the cyber gambling entity in New Jersey is receiving support in Illinois. However, land-based gambling facilities in that state would have to provide their backing for the proposed law to move forward. In New Jersey and Nevada, virtual gambling operations are funneled through brick-and-mortar casinos so as not to cannibalize for steal revenue from those businesses. Cullerton proposes a similar provision, but the owners of physical Illinois gambling ventures have not verbally committed one way or the other.

Nevada was the first US state to legalize Internet gambling, in the form of virtual poker. New Jersey and Delaware soon followed that lead, but it is actually Illinois that has been the front runner in establishing groundbreaking interactive gaming law. The first state tolegalize online lottery ticket sales, Illinois acted quickly after the December 2011 DOJ announcement. Lottery tickets in that state went on sale in late March of 2012, which is not surprising since Illinois and New York teamed up in requesting a revised federal opinion which led to the DOJ reversal in 2011. The proposed Illinois gambling legislation would also provide for intra-state gambling. There are also existing legal online lottery buying options available for players in the US.