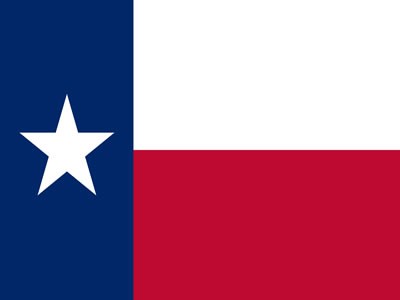 When Republicans run against Democrats in a presidential election, the former are up against a lot. Media have almost entirely created caricatures of Republicans, painting them as regressives who do not want to move the nation forward. In many respects, such as with gambling, this is factual for quite a few prominent Republicans. So, to fight back, Republicans are constantly considering themselves the better option for the economy, pointing to states like Texas and stating that due to Republican economics, Texas is booming and isn’t about do default like California, New York, Michigan, and other Democratic strongholds. You might want to check Politico to see how true Republicans’ claims are; we’re just telling you what they say about Texas. They also say about Texas that everything is bigger there. Well, we can tell you unequivocally that the gambling culture is not. But some news that might make Texans happy: It could be a real possibility that Texas becomes the nation’s next big player in gambling. Time will tell, but the wheels are now in motion.

If you  have every wanted to hear a political cliché, just visit Texas or listen in as Texas’ politicians speak out against legalized gambling. They call it a “slippery slope” and claim that the camel ‘s nose is “under the tent.” If there’s an overused phrase in political lexicon, it’s used in Texas while politicians try to beat back any gambling decisions. The shame about it, at least as told by Texans, is that the citizens in Texas do not get to decide. Things are not put up for a state-wide vote. Instead, a few men in suits decide the fate of gambling in the entire state. To date, Texas is only one of ten states in America that do not allow any form of legalized casino gambling, and you can guess that some of the other nine use logic like Utah uses to keep it out; e.g. “our religion.”

Any state-wide measure that takes place in Texas, in terms of legalizing something, has to come by way of winning a popular state-wide vote. Then it has to clear two-thirds of the legislature to change Texas’ state constitution. Though tragically for freedom on the whole, no vote is needed to ban something, only to allow it. They can simply stroke their pens to keep gambling out of the state; to allow gambling in, it would take years of fighting and mandates to vote. A potential road to legalizing online gambling in Texas has been formed, however, and that fight has already started. A few citizen advocacy groups have joined forces with pro-gambling groups in an attempt to simply force Texas to vote on the issue. These groups are not demanding Texas legalize online gambling or on-location casinos right away. All they want is the right for citizens to decide what citizens are allowed to do. Does that not seem fair?

The biggest advocacy group fighting for this is called Let Texans Decide. And they’re not picketing the streets. They’re not starting fires. They’re not rallying anywhere. They’re simply spreading the word that, as politicians in the United States of America, Texas’ Republicans and Democrats are obligated to allow Texas’ citizens to decide whether or not they want gambling. The fact that politicians can just sit in their ivory towers and ignore such a request is mind boggling. They take the people’s money in taxes, they take the people’s votes to keep their careers, but they outright refuse to even propose a gambling vote for all of Texas.

Does this mean that Texas is finally going to get a vote? Unfortunately, all it means is that politicians are finally starting to feel the heat. For years now they’ve sat removed from the people and have made their decrees, and advocacy groups really never gained enough momentum to challenge that dynamic. Now, however, with popular fantasy sport sites and other states allowing online gambling, Texans are fed up with being one of the last out. They are looking to have their gambling desires met, and they are gaining more and more strength in an attempt to fight for it.

Keep in mind, too, that Texans aren’t looking to force any sort of legislation here. All they want is for the Texas politicians to put it up for a vote to let Texans decide how to handle gambling in the state. It might be around this time next year before we know for sure, but it appears as if the people are winning this war of attrition. Government officials haven’t relented yet, but they’re very close to doing so. This still does not guarantee a two-thirds majority by a long shot, but at least it would be a practical start, and something Texans could hang their hat on in pursuit of another round.