Skip to content
HomeNewsMLB and NBA Ramping Up Lobbying Efforts 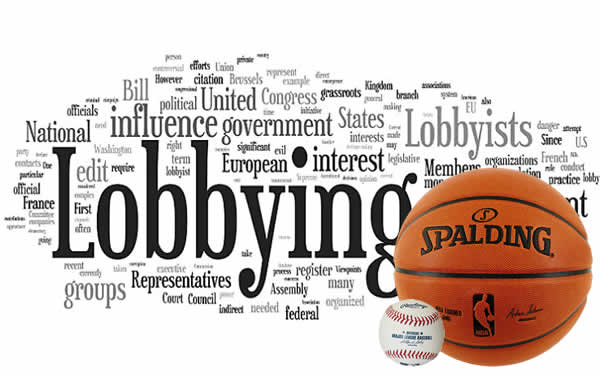 The MLB and NBA appear to be stepping up their lobbying in states pushing for sports betting legalization. The 2 leagues have established a lobbying force that travels from state-to-state campaigning for their desired version of sports betting legislation. While they have already lost the battle in some states, the war is not over. This lobbying could prove effective in states that have been slow to get their legislation off the ground.

Another thing they are pushing for is a data monopoly. The sports leagues want all the official data and results used to determine betting outcomes to come from their official sources as opposed to third-party enterprises. In theory, they could potentially control which types of wagers are placed, including limiting certain event offerings or prop bets. Kansas made a compromise in saying official sports league data must be used for in-play bets, however third-party sources can contribute to regular games.

West Virginia already passed legislation without any regard for the leagues’ wishes, but the governor is sympathetic to their cause and issued a statement urging lawmakers to reconsider their position. This is where the problem lies. The leagues will rely on their relationships and influence with lawmakers to push their agenda.

So far, it is reported that the NBA and MLB have moved into Connecticut, Illinois, Massachusetts, New Jersey, New York, West Virginia, Indiana, Iowa, Kansas, Missouri and Rhode Island. Some states are likely a lost cause, particularly New Jersey, but that won’t stop the leagues from trying. New Jersey is the crusading state in the fight for legal sports betting and has been battling against the major sports leagues for years. It is highly unlikely that they will want to work with the leagues after the legal dust settles.

The fact that these 2 leagues are spending money to put lobbyists in all these states shows their hand. It seems the leagues are aware they may lose the SCOTUS sports betting case and PASPA may be repealed soon. If that happens, all these states we mentioned will have their sports betting bills activated. The leagues want to establish their foothold before that happens. With constant lobbying, the leagues stand a chance of getting legal online betting on their terms, which likely won’t bode well for individual states.

As more and more states draft pro-sports gambling legislation, the lobbying shadow will spread. Once the other leagues get into the mix the lobbying efforts will likely increase tenfold. States must stick to their guns and introduce betting on their terms.