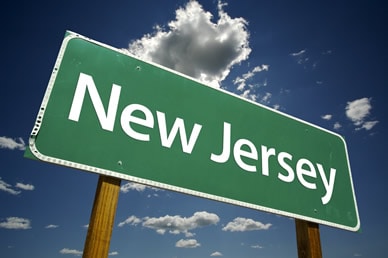 With the oral arguments sent to begin in early December, New Jersey submitted its last brief to the US Supreme Court. New Jersey is the plaintiff in an ongoing sports betting case against the NFL, NBA, NHL, MLB and NCAA. This latest brief is more of a continuation of their original narrative, that the Professional and Amateur Sports Protection Act (PASPA) is unconstitutional in blocking states from hosting sports gambling.

Attorney Ted Olson, who is representing New Jersey, argues that PASPA commandeers state authority by forcing them to not authorize sports betting. He also states that because states are not allowed to operate or regulate any type of wagering, an illegal underground market has emerged and is taking all the profits that could be going towards state infrastructure. Many Americans use licensed offshore sportsbooks, which present the only legal online betting options. If states were able to have their own sportsbooks, they could reap financial benefits off regulations.

The New Jersey sports betting case dates all the way back to 2014, when the Garden State attempted to authorize sports gambling in their licensed casino establishments. This legislation was followed by a lawsuit from the NFL, NBA, NHL, MLB and NCAA. The federal government stepped in and blocked the legislation from taking effect. New Jersey has been appealing the decision ever since. They lost several appeals in the lower courts and managed to get an audience with the US Supreme Court, despite the acting Solicitor General advising SCOTUS to not take the case.

Why is this case important? If New Jersey manages to win, PASPA will likely be stricken down. This would allow the 46 states banned from having sports betting under PASPA to operate brick-and-mortar sportsbooks. These sportsbooks would be regulated and the revenue gained would go towards helping with education, infrastructure, etc. If PASPA were repealed, there could be a migration of bettors from licensed online sportsbooks to local physical sportsbook locations. Now, online sportsbooks would still be populated for several reasons, but US bettors would at least have the option of going to a brick-and-mortar sportsbook.

There was a case made for PASPA being fixed by removing some parts of its language, but New Jersey’s latest brief argues that point is moot because if Congress does alter the language, the law would be unable to function as designed. In this instance, it would be better to just remove the law entirely.

Widespread sports betting would only be possible in the US if both PASPA and the Federal Wire Act were repealed. By ‘widespread,’ this is to say both brick-and-mortar and online options. After all, online gambling is the future and shaping up to be the preferred options. And, given the legal freedom to do so, states could own and operate their own online sportsbooks.

For now, states interested in sports betting must wait on the resolution of the NJ case. Oral arguments begin in December and the case is expected to roll into 2018. Many analysts believe NJ actually has a shot of winning, so be prepared for a tectonic shift in the US gambling landscape.