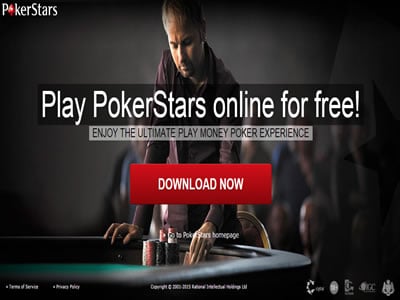 Let’s play a word association game. I will mention a word, and you quickly think of the first mental picture you get. Ready? PokerStars! If you held an account with the company in 2011, you no doubt get mental imagery which reminds you of your funds being frozen when the Department of Justice shut the poker giant down. If you are a PokerStars executive, you probably think of the word “NO!”. And if you’re a New Jersey online gaming regulator, you probably were reminded of the relentless efforts PokerStars has been making in that state to join the legal online gambling industry. In what has been a wild and unpredictable ride over the last three years, PokerStars has been up, down, and very close to being totally out of the US virtual gambling marketplace. Let’s take a look at the time-line which covers the efforts of the powerful poker provider to get a toe-hold in the legal online poker gambling industry emerging in the United States.

What a hectic year 2011 was for one of the largest Internet poker providers in the world. That year started out good enough for the company, with Wynn Resorts in March reaching an agreement with PokerStars for future legal online poker operations. But the very next month, on April 15, Black Friday ushered in a new era in the American legal Internet gambling marketplace. After being indicted by the Department of Justice for several criminal and civil actions, the company had its player accounts frozen and virtual doors shut. But just 8 months later, in December of that year, the Department of Justice totally flip-flopped the mindset that led to the PokerStars shutdown. They said the Wire Act of 1961 should only apply to sports betting, and each state should be able to vote on its own online gambling destiny. Things are looking up, right?

Before the DOJ released its December 2011 opinion on the Federal Wire Act, Nevada passed online poker legislation. With the Justice Department flip-flopping soon thereafter, things looked great for online poker providers like PokerStars. It appeared that finally there would be at least one state which would allow the seasoned and experienced PokerStars poker product to reenter the legal online gambling industry in the US. But when the company applied for an interactive Internet gaming license with Nevada in February of 2013, more bad news arrived. An amendment was made to the 2011 online gambling bill which disallowed any firm or company from joining the online gambling industry in Nevada due to a “bad actor” clause. That clause stated that if a company had been charged or indicted for breaking US online gambling laws in the past, or even just associated with a company that did, then it could be kept out of the Nevada Internet gaming industry indefinitely.

Not to be dismayed, PokerStars applied with 13 other companies for a Delaware online gaming license in May of the same year. However, the skeletons in the Black Friday PokerStars closet were dragged out again and continued to give the company a bad reputation. On top of that, Delaware decided to offer casino gaming, as well as poker. PokerStars had never offered virtual casino options, so this put them at a distinct advantage when compared to other companies with Internet casino operating experience. For whatever reason, Delaware gaming legislators decided to pass on the embattled company. So that same month, PokerStars made its first effort to enter the New Jersey online gambling market. The company attempted to buy out the Atlantic Club casino. The move went terribly awry, with the casino basically stealing $10 million from PokerStars and creating more problems for the company in the future.

Refusing to let the New Jersey legal gambling marketplace escape, PokerStars entered into an agreement with the NJ Resorts Casino. The partnership allowed them to apply for a license, and everything was actually looking pretty rosy for a while. However, the failed Atlantic Club partnership caused allegations by that casino which claimed that PokerStars co-founder Isai Scheinberg was involved in illegal gambling activities. This led the New Jersey Division of Gaming Enforcement (DGE) to suspend the PokerStars application once again. In early 2014, gaming giant Amaya purchased PokerStars, and it appears that the DGE is very close to approving the Amaya/PokerStars license for online gambling in that state. August of 2014 has also seen California as a possible destination for an online poker property for the former poker royalty that simply won’t take no for an answer in its efforts to re-enter the legal online gambling industry in the United States.