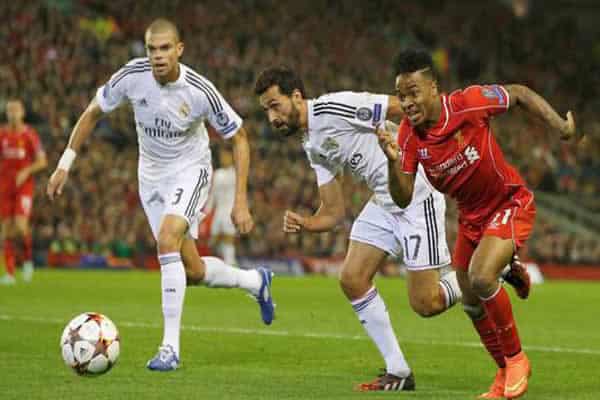 The UEFA Champions League 2017-2018 season is coming to a close this Saturday. The two best teams in Europe—Real Madrid and Liverpool—will face off at 2:45 p.m. EST. Both teams and their supporting fans are in the process of traveling to Kyiv to watch the game. Bettors have a multitude of lines available to them surrounding this fixture. Before you place your wager, let’s take a look at both teams heading into the match.

Real Madrid is the current defending champions. They are on the brink of winning 3 consecutive Champions League titles. Los Blancos were not able to win La Liga this year after falling short to Barcelona, but their Champions League campaign is alive and well based on the talent and depth of their squad. This can be seen in their quarter and semifinal draws this year, where Madrid took over games in the span of 20 minutes or so.

Cristiano Ronaldo will be a major factor in this game. The prolific forward continued his historic Champions League scoring run this season and could do well against Liverpool’s defense. Gareth Bale’s resurgence is another factor. The Welshman has battled with injuries all season long but made a strong case for a starting spot in the lineup with two beautiful goals in one of his last outings. The midfield is strong with Modric and Kroos playing at a top level.

Madrid’s victory will come down to defense. The backline has to deal with Liverpool’s electric attack, especially on the counter. The pace of Roberto Firmino, Sadio Mane, and Mo Salah is a lot to deal with. Marcelo will be particularly busy tracking Salah on the left side. It is difficult to pin the performance of a team on one player, but Marcelo must handle a lofty weight in dealing with the fast-paced Egyptian.

Liverpool’s main point of attack will likely be through the aforementioned three forwards. The English side has dismantled some of the top teams in the world this year based on this attack, including 2017-2018 EPL Champions Manchester City. Liverpool’s miracle season hasn’t been without issue, as evidenced by their Premier League campaign and their second leg defeat to Roma in the semifinal. Liverpool’s defense dropped too low against Roma and they were punished for it. They won’t be able to put up a high line against Madrid, but they also have to be wary of bringing on too much pressure by dropping back.

The Salah – Marcelo matchup will be interesting for Liverpool as well. If the Egyptian forward can get the best of Marcelo then Liverpool’s attack will be hard to manage. Marcelo is a world-class player, meaning Salah will not have an easy task against the Brazilian. You can be sure both teams are aware of the matchup and will do everything they can to shore up any points of weakness.

You can place different legal soccer bets on the Champions League heading into the final. There are prop bets surrounding individual players (like Salah) as well as team bets. Be sure to get your wagers in before the start of the game this Saturday.