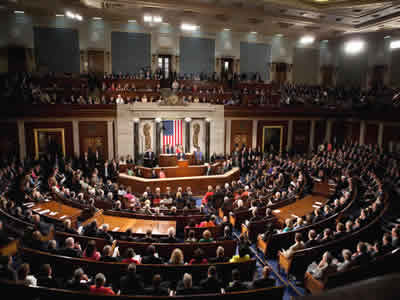 Recently, a hearing entitled A Casino in Every Smartphone – Law Enforcement Implications was opened by Jason Chaffetz (R-UT). It was opened in an attempt to ban internet-based gambling. The hearing took place before the House Oversight Committee, which is chaired by Rep. Chaffetz. He failed in his bid to make a case for RAWA, which is an acronym for the Restoration of Americas Wire Act. Members of Congress from both sides of the political divide and witnesses invited by Chaffetz all strongly testified in favor of regulated and legal in-state online gambling.

In his opening statement, Rep. Chaffetz claimed RAWA would provide restoration for the Wire Act’s previous interpretation against legal online gambling in the US. He further claimed that in December 2011, the Office of Legal Counsel (OLC) overturned the previous act. Acting on behalf of Sheldon Adelson, Las Vegas casino magnate, Chaffetz argued that legalizing internet gambling in any state will render it impossible to ban it in all states. This includes legalizing gambling in Utah, which is not in favor of online gambling within that state. During his statement, Chaffetz stated that he believe that RAWA is a states’ rights bill.

Alan Wilson, South Carolina Attorney General, added his support for RAWA. He argued that online gambling can be regulated by Congress through the Commerce Clause. He further stated that under the said clause, Congress would not be in violation of the Tenth Amendment if authorized to regulate online gambling. In addressing the committee, Wilson posited that by removing the provision for online gambling from the Wire Act, the OLC facilitated an erosion of a state’s capacity to autonomously regulate or prohibit gambling within that state.

This perspective was strongly refuted by Rep. Mick Mulvaney (R-SC). He argued that under the Commerce Clause, there is no basis for the federal government to regulate or prohibit online gambling in individual states. This was put forward on the basis that technology can be used to ensure that individuals who reside in states that ban online gambling can be prevented access by other states where it is allowed. He essentially put forward that in states where gambling activities are illegal, they should not be sanctioned by the reinterpreted Wire Act.

Mulvaney highlighted that the capacity of states to regulate and legalize in-state online gambling will be lost should RAWA become enacted. He asked whether there is another method outside of federal regulation to prevent South Carolina kids from gaining access to legal gambling sites in Delaware, Nevada or New Jersey.

Through the use of technology, it is quite possible to restrict access. The technology is currently being used in Delaware, Nevada and New Jersey, the three states in which online gambling has been legalized and effectively regulated. This was pointed out by Nevada State Senator, Mark Lipparelli. He outlined that the previously mentioned states have been successful from a law enforcement and regulatory perspective. Although there have been concerns, these states have managed to gain success.

Rep. Mulvaney also made mention of a bill by another Congress member that proposes a ban on online sales of firearms and ammunition. This ban was proposed for the same reason RAWA is being championed by the proponents of banning internet-based gambling. Essentially, they claim it is challenging to enforce the laws of one state in other states, if a ban on online gambling and guns sales can be circumvented by citizens who can make purchases in another state.

Mulvaney outlined how the foundation for banning internet-based gambling could also limit Second Amendment rights to buy firearms and ammunition. He stated that he is concerned that they are going through regulation that could expand the federal government’s instead of limiting it.

At the conclusion of the hearing, the vast weight of the testimony and questions demonstrated that states can effectively decide their own course regarding whether or not to legalize and regulate online gaming. It was found that enacting RAWA is unnecessary to safeguard consumers against online gambling site abuses. It was also found that an approval would violate the Tenth Amendment by expanding the role of the federal government. The valid case for limited government prevailed easily before the House Oversight Committee, in a case that was put to engender support for banning internet-based gambling.