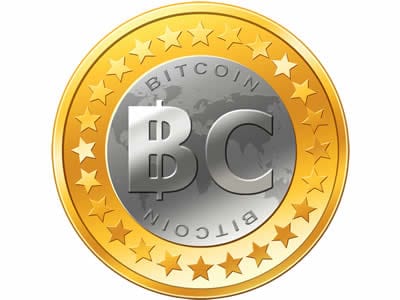 Is it time for a Cyber currency to hit the virtual felt in the US? Standard and traditional economic vehicles like the US dollar, the Japanese yen and the British pound, among many other major world currencies, have all looked weak since 2008. Over the same time-frame, Bitcoins have become more respectable. The virtual currency is tied to no central governing body or physical product, and globally, the Bitcoin model has begun to develop relevancy and legitimacy as an Internet-based value for transactions of many kinds. More than 200,000 hotels located around the world now accept Bitcoins, including Las Vegas operations The Golden Gate and The D, as does respected Internet bargain site Overstock.com.

Legitimate retailers Amazon and Target have even begun to accept Bitcoins as currency, and online gaming giant Zynga will accept Bitcoin payments for many of its most popular games, including ChefVille and CityVille. Nevada is the global center of gambling, and with Las Vegas hotels now accepting Bitcoins at the front desk (not currently offered for purchasing casino chips), is it time for the crypto-currency to grab a piece of the $30 billion online gambling marketplace? As more companies step forward to support this unique currency option, at least one major gaming conference is seriously exploring the future of Bitcoins as a viable Internet gambling currency.

ICE Totally Gaming 2014 runs from February 4 through February 6, and will be held at the ExCeL international convention and exhibition center in London. A half-day seminar has been devoted exclusively to exploring Bitcoins and their future role in the iGaming environment. One of the most important Internet gaming conferences held each year, ICE Totally Gaming discusses legal online casinos, bingo, lottery, mobile and social gaming. You can fully expect a couple of major Bitcoin-supporting announcements to follow in the weeks and months after industry bigwigs meet and confer at ICE Totally Gaming this year, especially since a dedication has been made to discuss the Bitcoin platform.

Digital currency analyst and monitor Coin Desk recently reported that, “We are now witnessing the long-awaited arrival of mainstream online casinos into the Bitcoin universe.” And even though the first generation Bitcoin gambling sites included minor and relatively little-known operations like SatoshiDice, BitZino and Seals With Clubs, if more traditional names get involved in this second round of Internet casino Bitcoin support, global support at bigger levels is likely to occur. Just recently Internet casino Vera&John (licensed in Malta) became the first of the major licensed and regulated Internet casinos to accept Bitcoin deposits, causing a short spike in the currency’s value.

Bitcoins are allowed for Vera&John account funding, and any Bitcoin deposits are then immediately converted into euros. Online poker site WinPoker is also supporting the increasingly popular virtual currency, as is sports betting site Cloudbet, with CoinBet delivering Bitcoin gambling opportunities for casino gaming, poker and sports wagering. As state based Internet gambling is currently offered by Nevada, New Jersey and Delaware, and has now become a possibility in every US state, Bitcoins could see an entry into this new United States market. Should a major state-regulated US Internet gambling site announce support of Bitcoins, the virtual currency’s legitimacy would continue to rise, and the current and continued acceptance by known Internet gambling casinos only improves the possibility of US acceptance at the state level.

We now have a page dedicated to legal bitcoin gambling which is a must read considering how much the industry has evolved since this news story.