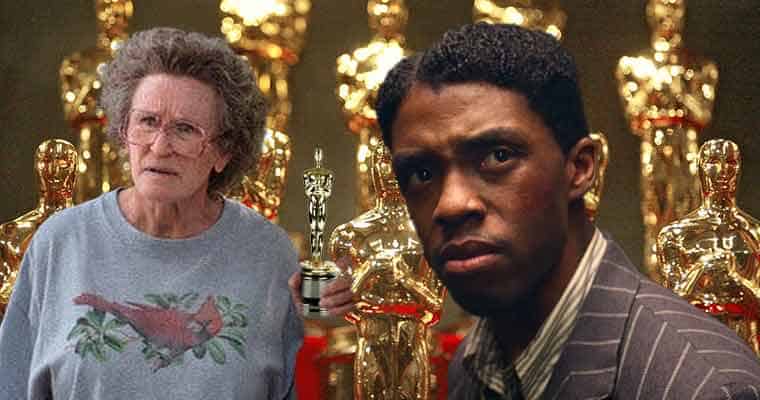 The nominations for the 92nd Academy Awards will not be revealed until March 15th, but the 2021 Oscars odds are already on the boards at the web’s top online sportsbook sites.

Once all the betting odds for the Golden Globes have wrapped up, the focus shifts to the Academy Awards, despite the existence of several other movie and television awards shows taking place between the two events.

The Globes, despite being decided by a small faction of 87 members of the Hollywood Foreign Press, wield a lot of power in the film and TV industry because their ceremony precedes all other major awards shows, and thus, cannot help but influence all future nominations.

With entertainment sportsbooks so eager to get in on the award show season action and producing Academy Awards betting odds prior to the noms being announced, the question must be asked – are the Oscars betting odds influencing the nominations?

Nomadland bagged the best drama film Golden Globe last month, and now the film is positioned to take home the Oscar for best picture in 2021. The Academy is asked to choose from dozens of films each year, and even though there were fewer movies released in 2020 than usual, members have no way of watching every title worthy of consideration.

That means that Academy members will likely lean on other awards results like the Golden Globes and BAFTA to gauge their vote, and with the prominence of entertainment betting over the past decade, there’s no reason to think that the odds wouldn’t be a solid reference point as well.

Chadwick Boseman is nominated in both leading and supporting actor categories, and bettors should be aware of his potential to win both Oscars. Boseman passed away suddenly due to cancer last year, and there is a chance that voters could be compelled to send the Black Panther star off in style with a victory in both categories.

The significance of this event would not only be historic, but the best supporting actor odds for Boseman would payout at 18x the amount risked.

Below are the remaining odds for this year’s 92nd annual Academy Awards provided by Bovada Entertainment Sportsbook. It should shock no one that Glenn Close and Merryl Streep are among the potential nominees, and if you get in on their odds now, bettors can profit big on their winning potential.