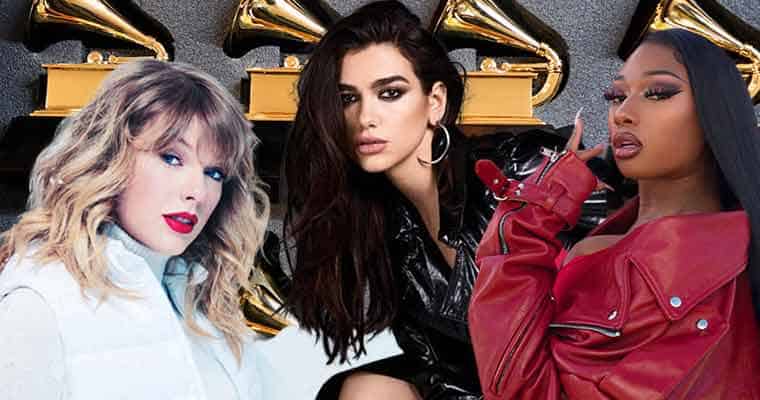 Singer Taylor Swift is no stranger to the Grammy Awards. She’s bagged ten Grammys in the past, and Sunday night, she is nominated to win four in the categories of Album of the Year, Song of the Year, Best Pop Vocal Album, and Best Pop/Group Performance.

Album of the Year Betting Odds

Swift is not only nominated in these four categories, she is favored to win them all at online entertainment sportsbooks that are offering betting odds for the 63rd Grammy Awards on Sunday evening.

Nipping at Swift’s heel’s in 3 of the 4 categories she is nominated in is Dua Lipa, although the two are separated by at least 310 points in the 2021 Grammy odds in each betting line.

That translates to a near-certain victory for Swift in each category, but because she is so heavily favored, wagers on her will payout at less than the amount bet on her to win.

Betting Odds For Song of the Year

The same cannot be said for Dua Lipa and her betting odds for the 63rd Grammy Awards. Although she is featured in a distant second place for each award, if she can manage to win just one Grammy, then that bet has the potential to payout at no less than 2.5 to 1.

Megan Thee Stallion also has very solid odds to lock up the award for Best New Artist, and her -240 money line posted at the top online Grammy betting sites translates to a 71% chance of victory, although like Swift, winning bets on her will not match the amount wagered.

The only way to ensure a large cash jackpot by betting on the 2021 Grammy Awards is to lay some action at the online sportsbooks that we recommend here at Legal Betting Online.

As Sunday’s ceremony approaches, the money lines may tighten, so take advantage of these Grammy odds today before the rest of the planet gets hip to the odds on Taylor Swift, Dua Lipa, Megan Thee Stallion, and the rest of the nominees from the recording industry.