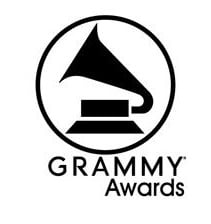 The 65th Annual Grammy Awards (Grammys 2023) are fast approaching, with the event scheduled to be held on February 5, 2023, in Los Angeles. The 2023 awards show will honor the best artists, recordings, albums, and compositions of the year (with eligible works being released in the September 1, 2021 - August 31, 2022 window).

If you want to wager on the Grammys, you can do so at any of the online sportsbooks we recommend. In addition to offering a host of odds on the biggest music show of the year, these books let bettors gamble on all kinds of other entertainment betting lines, from shows and movies to awards ceremonies and more. To learn about how to bet on the Grammys, read our short guide and sing along...all the way to the bank!

Yes! There are no US gambling laws making it a crime to bet on the Grammys as long as your bet is placed at a legally sanctioned state-regulated sportsbook or at a reputable offshore sportsbook operating legally within the industry, such as the ones you see on this page.

However, there is a caveat when it comes to Grammy betting (or any other entertainment betting), and that’s that most US states with legal sports wagering do not currently support awards show odds. The only potential exception, for now, is New Jersey, which recently became the first state to take legal Oscars bets. That said, NJ sportsbooks have not yet posted Grammys odds on their betting boards.

Note: Residents of WA are technically barred from participating in online gambling of any kind, though all the best sportsbooks still accept new members from the state (but you are nevertheless advised to follow all local laws). Additionally, if you live in New Jersey, most reputable sportsbooks will no longer accept new members from your neck of the woods. Now that’s a sad ballad!

Bovada is the premier offshore betting site, boasting millions of members and over a decade in the business. In fact, the site’s management pedigree goes back even further, and Bovada’s award-winning website and mobile portal lead the industry in ease-of-use across the board. For first-class red-carpet Grammys betting, there’s no better place to step up to the mic – and then drop it like it’s hot!

What Is A Grammy Award?

The Grammy Award, originally called the Gramophone Award, is an annual award that commemorates “outstanding achievements in the music industry.” Much like the Academy Awards, the Grammys are generally reserved for the most successful mainstream acts of the season. Along with the Oscars, Emmys, and Tonys, the Grammys are one of the four major US entertainment awards presented each year.

Below is a full list of the nominees for the 65th Grammy Awards which takes place on February 5, 2023. You can also see our guide to legal celebrity betting to learn more ways to bet on popular musical artists.

Nominations for the following categories, and more, will be announced on Tuesday, Nov. 22, 2022.

What is the best Grammys betting strategy?

When you want to make the best Grammys bet, there is a simple strategy to employ, and it’s one that works for all major awards shows: Just bet on the favorite! Because of the way entertainment betting works, everyone has a pretty good idea who’s going to win most of the awards on hand.

The Grammy nominations were recently released, and the top offshore sports betting sites are offering odds on nearly every category. Below are the Grammy betting odds for the 2023 ceremony. For now, have a look at the 2022 Grammy odds for reference.

Grammy Awards - Album of the YearExpand

Grammy 2023 - Record Of The Year WinnerExpand

Grammys 2023 - Song Of The Year WinnerExpand

Grammys 2023 - Will Any Grammys Presenter Be Slapped On Stage During The Show?

The 65th annual Grammys will be held in Los Angeles, California, at the Staples Center.

If you’re looking for where to watch the Grammys, you can find full coverage on CBS, which has aired the Grammy Awards since 1973.

You can tune into the Grammy Awards live stream via the CBS All Access app on iPhone, Android, Google TV, and Apple TV. You can also watch the ceremony on YouTube TV and Hulu Live TV.

Artists performing at the 2023 show TBA.

General FAQs about the Grammy Awards

Who puts on the Grammy Awards?Expand

The National Academy of Recording Arts and Sciences (aka The Recording Academy, or NARAS) is the outfit behind the Grammys, and the group both assembles the Grammy nominees and votes for the winners each year. The NARAS was founded in 1957, with the first Grammy Awards handed out in 1959.

Who is the Grammy Awards host?Expand

The Grammys host will be announced soon.

Dozens of artists and producers have 10 or more Grammy Awards. It is a relative rarity that a musical act is one-and-done on the Grammy circuit.

Who has the most Grammy Awards?Expand

Hungarian-born orchestra director Georg Solti has the most Grammy Awards with 31, though with several stars hot on his trail, that record could fall within the next 5-10 years. Bettors take note, as everyone likes a new GOAT!

Which music group has won the most Grammy Awards?Expand

Which female musician has won the most Grammy Awards?Expand

Alison Krauss has the most Grammys with 27, albeit as a bluegrass artist, her genre is less competitive than mainstream categories. After Krauss, the following artists top the list:

The following popular female performers also have multiple Grammys each:

Which male musician has won the most Grammy Awards?Expand

The top four male musicians with the most Grammys are all producers or composers, not traditional singers/songwriters. These include Georg Solti (31), Quincy Jones (28), Pierre Boulez (26), and Vladimir Horowitz (25). Stevie Wonder, with 25 Grammys, is the winningest popular frontman in the award’s history.

Who has the most Grammy nominations without a win?Expand

Brian McKnight and Snoop Dogg both have a record 16 nominations without a Grammy win. And though the popular Diana Ross has a Lifetime Achievement Grammy, she’s never won the award despite a whopping 12 nominations since 1965. Not to be outdone, Katie Perry has 13 nominations and no Grammys to her name, though her time will surely come.

While Nicki Minaj has received 10 Grammy nominations in her career, she has never won the award. That means that it’s only a matter of time, though she wasn’t nominated in 2020.

Is the Grammy Award real gold?Expand

No. The Grammy Award is not solid gold but is composed of a zinc alloy called “Grammium,” which is trademarked by the award’s manufacturer, Billings Artworks. However, the award is gold-plated, which marginally increases its material worth.

How much is a Grammy Award worth?Expand

Grammys are worth about $15-25 in materials and construction. However, they are technically owned by the NARAS, and are thus not for sale to the general public.

That said, Grammys are worth far more to the future earnings of artists who win them. Usually, once a music industry personage wins their first Grammy, their immediate earning potential increases by roughly 55%. This is called the “Grammy Bounce.”

Why are people boycotting the Grammys?Expand

Every year, there are new scandals in the various awards shows circuits, and people – including viewers, fans, and artists alike – will boycott the presentations.

In recent years, the Grammys have been boycotted by artists who faced censorship on stage and fans who viewed the ceremony as not diverse enough. Nevertheless, the show remains popular with bettors, and the favorites almost always win, regardless of the outcry.

Can I vote for the Grammys?Expand

Unless you’re a credentialed member of The Recording Academy, you cannot vote on the Grammy awards. However, because these awards are predicated mostly on popularity, downloads, and streams, you can do your part to boost your favorite songs and acts by simply consuming them regularly throughout the year.

How do you get tickets to the Grammy Awards?Expand

Like the Oscars, the Grammys are by invitation only, and tickets are meted out to nominees and industry insiders, who are each given two complimentary tickets and the option to purchase two more for guests of their choice. Tickets range in price from $200 to $1000 or so.

What should I wear to the Grammy Awards?Expand

That depends on whether or not you want to be on TV. Anything gaudy, unexpected, terribly mismatching, or comically revealing, and you’re practically guaranteed top billing on the airwaves. While the event is technically a “black-tie affair,” celebrities rarely get down like that anymore.