Skip to content
HomeNewsA Fork In The Road For Bitcoin 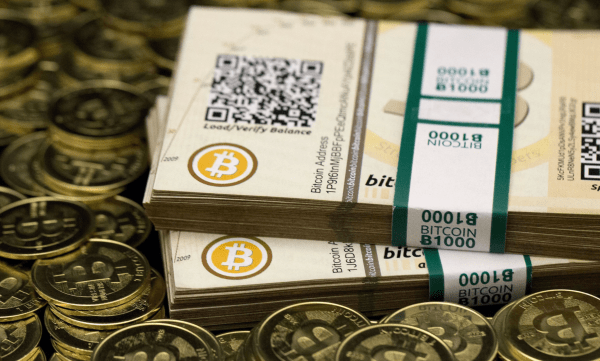 Most Bitcoiners and crypto currency holders on the internet already know about the blockchain fork that is taking place. If you’re anything like me and you own a little Bitcoin but are still relatively new to the extremely technical atmosphere of digital cryptocurrencies, then you probably need a bit more of an explanation on what is happening.

From the email you have probably received from your exchange website, you know that there will be a fork happening. It’s just like a like a fork in the road. It’s a split in the blockchain with two paths that share a history that lead in distinctly different directions. This can happen for only a few moments for only a temporary change, or it can be a permanent one which would create a new version of the blockchain indefinitely. In the case of a permanent fork, a new currency would also be created.

The proposal to make changes to the blockchain that will ultimately cause this fork is called “Bitcoin Cash”. The two primary changes are to increase the size of an individual block to 8MB and to remove SegWit. SegWit is short of Segregated Witness and is basically a way to remove the heavy parts of a block to lighten the load of the transactions and instead add it to what has been called an “extended black” which is kind of like a motorcycle’s side car in my imagination right now.

Right now, a Bitcoin Block is 1MB. Within that block there are many layers of data but the main two are the header layer and the transaction layer. Within the transaction layer you have inputs and outputs along with something called the script or code. Within that script, you have a signature that represents you and additionally, a public key. These are both necessary to confirm that the transaction is legitimate. The issue that has been under debate revolves around the idea that the script or code is very heavy in weight and is clogging down the blocks and the network is being bogged down. This is the scaling issue that has been under debate for some time now. The SegWit proposal wants to scrape the code from the block and add it to an extended block attached to the block to free up space in the block itself and let it moves more quickly through the process. For some frame of reference, bitcoin does around 6 transactions a second while Visa and Mastercard do around 40-50 thousand per minute.

The original Bitcoin will be totally unaffected by the form and creation of a new crypto. Is Bitcoin gambling legal in the United States? It sure is, and if the new Bitcoin cash meets with success, it is highly probable that the existing online merchants, such as regulated US friendly offshore gambling sites, that currently process Bitcoin transactions, will also embrace this new version of the currency.

The current holders of Bitcoin will receive equivalent funds in the form of Bitcoin Cash when the from does happen and those tokens all share the same transaction history as the rest of Bitcoin. A futures market that has already been established for Bitcoin Cash estimates that it will have nearly 13% of Bitcoin value in the beginning which will lead to nearly $6 billion dollars of new market value that has just been created out of thin air. Some industry insiders feel that it seems unlikely the split will last as most of the larger exchanges will not support the new currency as of right now. Based on Bitcoin’s success thus far, we are not quite as skeptical.