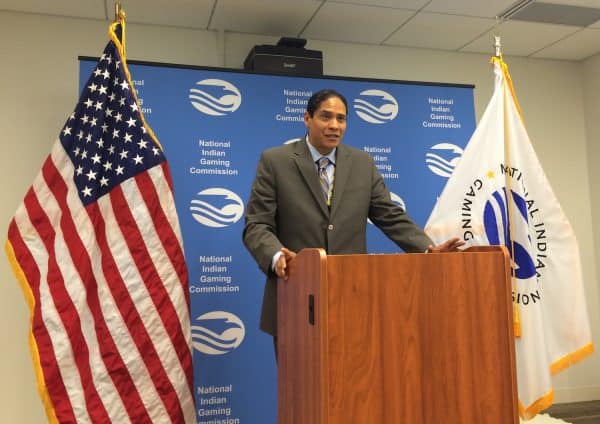 The sports betting legalization effort has grown to a nationwide front over the years. Signs are pointing towards legalization with developments in the Supreme Court, but a new hurdle has surfaced in the form of American Indian tribes and their regulatory agreements with federal law. According to reports, the sports betting legalization initiative may conflict with these agreements in at least 29 states. Regulated offshore sportsbooks that are operating legally within the industry do not intersect with existing Indian gambling pacts.

Roughly 244 different American Indian tribes operate according to standards established by Indian Gaming Regulatory Act. This often permits exclusive rights to run casinos statewide. Tribes get to enjoy their exclusivity by paying the state with a portion of their revenue. The IGRA was drafted with a specific definition of gambling, including certain forms of gambling. Expanding the definition of gambling (i.e. sports betting) will encroach on the standing tribal-state agreements, which in turn leads to potential losses in revenue to the tune of millions of dollars, not to mention the effects it would have on regulatory schedule.

The problem with enforcing a nationwide gambling expansion is that each state is different. For example, states like Michigan have both tribal gaming sanctioned by the IGRA and commercial gambling overseen by the state. Gambling on Indian lands is hindered by compacts that did not account for gambling expansion. To remedy the situation, tribal and state regulators will have to draft specific language that accounts for both fronts of state gambling—this would obviously vary per state.

California Assemblyman Adam Gray introduced legislation in late July that would authorize sports betting in the state pending the Supreme Court’s ruling on sports betting in the New Jersey case. A decision is expected on the long-standing federal ban on sports betting, known as the Professional and Amateur Sports Protection Act, by sometime early 2018. A state constitutional amendment gives tribes casino exclusivity. Gary is optimistic that the legislation will pass swiftly after SCOTUS’ decision, but the California Nations Indian Gaming Association is expected to reject any proposed expansion. Representatives from the CNIGA said they are being cautious of how expansion will impact their brick-and-mortar establishments. In order for Gray’s legislation to be successful, more than 70 tribal-state gambling compacts will have to be amended.

This is not the first instance of tribes standing up to statewide gambling expansion. Tribes have reportedly taken issue with not only sports wagering, but eSports, Daily Fantasy Sports and other new gambling outlets. It seems strange that tribes would not embrace the changes in the gambling industry. After all, it is a billion-dollar industry that would bring in plenty of revenue for the tribes. Some tribes have discussed the option of hosting sports betting and believe it would only generate revenue, but also traffic inside the casinos. The difficulty is pinning down what revenue sharing payments, if any, would exist.

For legalized sports betting to work, harmony must be established between state lawmakers and their respective Indian tribal gaming committees. In California’s case, Gray’s legislation was pushed out without consulting the local American Indian tribes. There is plenty of revenue to go around, so states and tribes should form some type of understanding if there is to be any real shot at gambling expansion to take effect.