Skip to content
HomeNewsDemocrats vs. Trump: Who will face the incumbent in 2020? 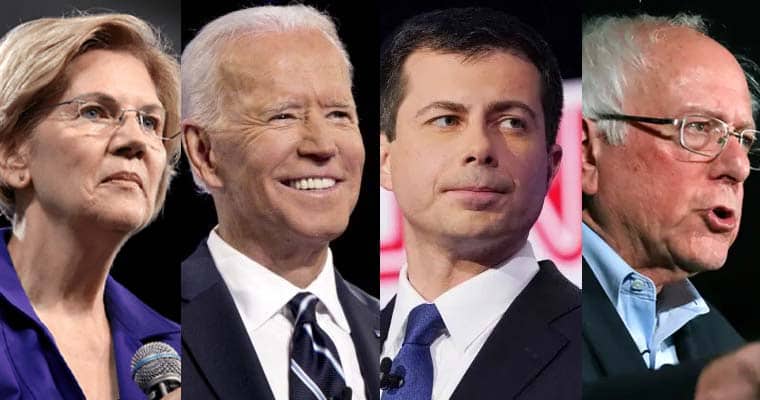 The 2020 Presidential Election is less than a year away now in the United States and things are still completely up in the air.

With President Donald Trump’s impeachment investigation underway, there’s no guarantee that he will even be the incumbent come next year. Nevertheless, the current POTUS has the best political betting odds of the group, taking +130 chances into the end of 2019.

Warren has been the frontrunner in the Democratic Party nomination odds for a few months now. Seen as the leftist counterpart to Sanders, Warren is an advocate for Medicare for All, decriminalizing marijuana, and student debt relief, but without the issues surrounding her heart health.

Although Biden leads the Democratic hopefuls in most of the polls, he is still trailing in the betting odds. Formerly President Barack Obama’s second-in-command, Biden is a centrist candidate with a focus on strengthening the middle class by more conservative means, compared to some other Democrats.

Buttigieg, a smaller name in the political spheres, has made strides in his campaign, earning himself +1000 odds to be the President in 2020. As a military veteran and openly gay official, Buttigieg has life experiences uncommon to many politicians.

While Mayor Pete would be the youngest President ever elected at 37, a New York Times/Siena College Poll reveals his voter base is more of an older crowd, likely due to more centrist economic stances.

Rounding out the top Democrats in the POTUS race is Sanders, one of the most popular candidates in the party. After barely missing the chance at the White House in 2016, Sanders returns to try again in 2020.

A self-proclaimed democratic socialist, Sanders is an advocate for Medicare for All, free college, and environmental protection, giving him +1100 odds of taking the Oval Office next year.

For a full breakdown of the candidates running in 2020, a list is provided below.