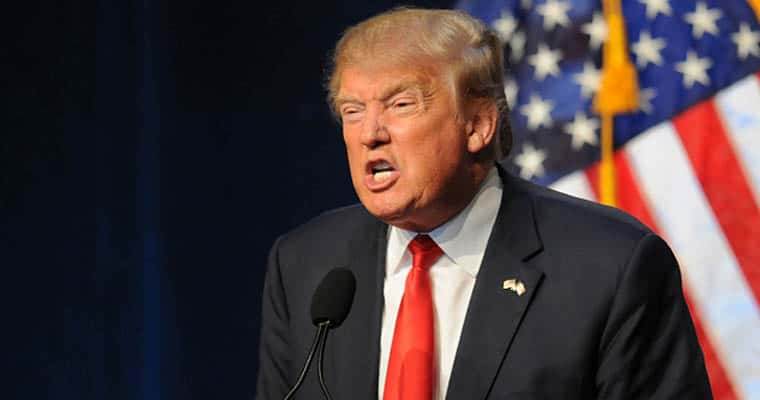 Not only do the odds favor his first-term impeachment at -185, but the President is receiving backlash over the racially-charged language used in his Tuesday morning tweet.

Peaking at -200 earlier this week, Trump’s impeachment odds still remain high at their current marks. When converted to percentages, the odds favor impeachment with 61.66%, leaving just a 38.34% chance that Trump beats the allegations.

Will Trump be impeached during his first term?

Even with the impending investigation, Trump has daily controversies from time to time. Sadly, this is another one.

While the President usually refers to the impeachment inquiry as a “witch hunt” or “presidential harassment,” Trump took it a step further today.

“All Republicans must remember what they are witnessing here – a lynching,” he tweeted.

Trump also implied that his legal rights were revoked and the impeachment process was outside the due process of the law. However, impeachments are sanctioned by the United States Constitution.

Before he won the 2016 election, Trump used the idea of lynching in 2015 to describe criticism against him.

Elected officials are also rebuking Trump for his insensitive language.

Rep. Bobby Rush from Illinois summed it up in one sentence: “What the hell is wrong with you?”

You think this impeachment is a LYNCHING? What the hell is wrong with you?

House Majority Whip Jim Clyburn, a Democrat from South Carolina and the highest-ranking African-American in Congress, denounced the tweet today, asserting that no other president facing impeachment would liken the process to lynchings.

“That is one word no president ought to imply on himself,” Clyburn said. “Andrew Johnson never would’ve described what was happening to him this way, and certainly Bill Clinton didn’t, nor did Nixon. This President is hopefully an anomaly.”

Not everyone disagrees with the President, however. Sen. Lindsey Graham said Trump’s assessment was “pretty well accurate.”

Nevertheless, Trump is still favored in the 2020 Presidential Election with +120 odds. With her +225 odds, Elizabeth Warren is second to the President.