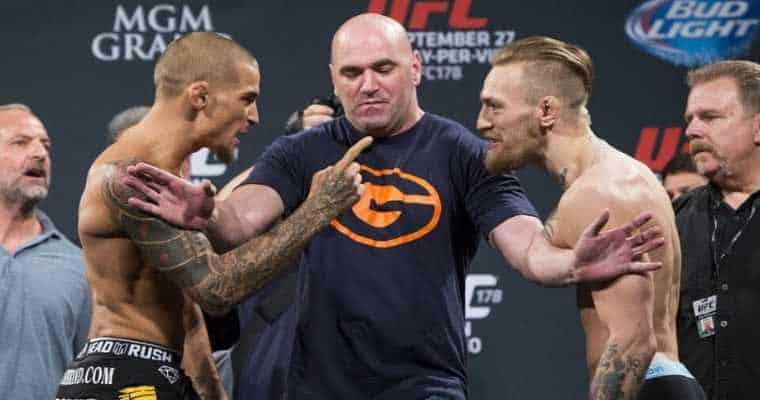 Tensions are high for the upcoming MMA fight between Dustin Poirier and Conor McGregor. The fight, slated for July 10, will be the final match of the trilogy.

The two last fought in late January. Dustin Poirier took home the win after a swift KO in the second round. This was the first knockout of McGregor’s career and his second loss since obtaining the UFC lightweight title in 2016.

As it stands, the odds between the talented fighters are neck and neck. The match is a big one for online sports betting, as it could truly swing either way. However, there are a small handful of factors that could signify a Poirier win.

Since winning the lightweight title, Conor McGregor has been in-and-out of retirement. Furthermore, he is not shy in addressing how his interim breaks in training have affected his fighting.

“You don’t get away with being inactive in this business. That’s just the way it is. I’ll take my licks. I’m good at my job.”
– Conor McGregor after his January fight against Dustin Poirier

Despite his humility, it’s hard to tell whether or not McGregor will put in the effort needed to secure a win against Poirier. While the Irishman has been training regularly for several months, Poirier has several years of active and consistent training leading up to this match.

The question now is whether 24 weeks will be enough time for McGregor to catch up with his opponent’s training. The fighter was recently seen with a black eye, though the sighting alone isn’t enough to determine where he’s at in terms of preparation for the fight.

McGregor on a Downward Trend

McGregor is currently ranked as the #5 lightweight fighter in the UFC. He is left trailing four spots behind his opponent and current lightweight titleholder, Dustin Poirier.

The aging lightweight is the type to start fast and strong. Facing off against the UFC’s spring chicken, McGregor will need to maintain his stamina in order to defeat his opponent.

The proud, Irish fighter was previously regarded as one of the most powerful individuals in the UFC. However, another loss against Poirier may signal that it is time for McGregor to pass the torch to a new generation of MMA champions.

When to Watch & Where to Bet

Poirier v. McGregor is the main event slated for fight night on July 10th, but there are multiple matches also happening that evening with more diverse betting lines.

For those interested in MMA betting, we suggest you browse or shop multiple betting platforms before placing a wager. If you’re wondering where to start, we have an abundance of resources to help you decide which platform best suits you.