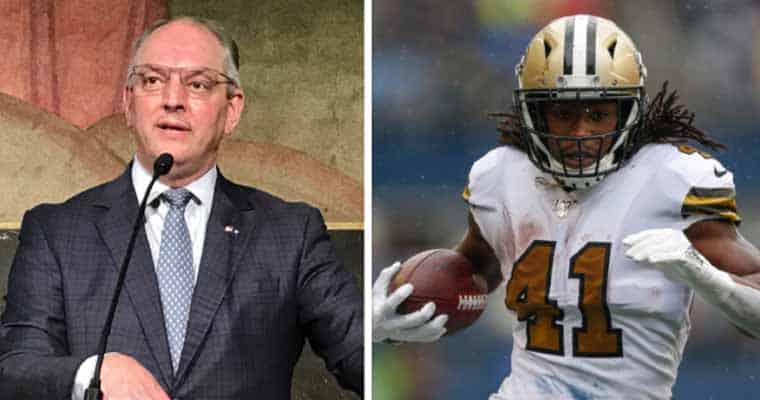 Monumental bills, HB697 and SB247, were several years in the making. Thanks to tireless efforts from Louisiana lawmakers, the measures were passed in a timely fashion and with overwhelming support.

However, it seems that there is yet another hurdle for the state to overcome before bringing online/mobile sports betting to LA. The Governor signed off on the development of a Gaming Control Board without having a chairman to lead the gaming commission.

Mike Noel, the state’s former gambling regulatory chairman, resigned only two weeks before the sports betting bills were signed into law. Noel did not indicate why he left the board, though there is speculation as to why.

Many theorize that Mr. Noel resigned due to the possibility of having to appear at a Senate confirmation hearing before taking on the redesigned role. The reasoning being his involvement in the highly disputed death of Ronald Greene.

The fatality is relevant to Mike’s resignation because he was actively serving as a commissioner for the State Police at the time of the incident. Considering that the investigation of Greene’s death is still underway, it is a wise decision for Noel to avoid Senate questioning on the matter.

Nonetheless, this issue has been a cause for delay. Domestic online wagering cannot be conducted without state oversight. With regard to the massive legislative overhaul ensuing over the new legislation, it is critical that the state finds and appoints an experienced commissioner for the job.

Rumors have already began to spread with chatter about who will take the seat. High-profile names like Senator Ronnie Johns have been dropped in these discussion circles, though the majority of these talks are merely hearsay.

Is it Worth the Wait?

Since Louisiana residents will likely have to wait until after football season to place domestic bets, we want to remind you that offshore online options are not only available but extremely viable.

Online sportsbooks based in offshore servers were the only online event wagering option available to US residents for a very long time. Domestic sportsbooks have only recently entered the market, beginning in 2019 with the Supreme Court ruling on PASPA’s unconstitutionality.

As the domino effect begins to take shape across the nation, there will undoubtedly be a period of adjustments in which regulation groups will be gauging the efficacy of new sports betting guidelines.

Speaking in terms of Louisiana sports betting, this delay seems to be the first of many kinks that must be worked out before the industry can run smoothly.

What does it mean for Louisiana sports fans? We’ll put it simply: if the state’s legislature is too messy to bring sports betting revenue back to Louisiana, then bettors maintain no obligation to exclude themselves from offshore sportsbooks.