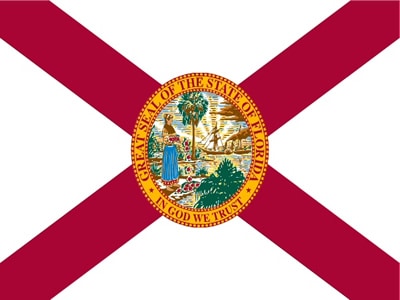 It appears that the state of Florida is in the process of upgrading gaming laws and doing a general reconstruction of the state’s gambling authorization. Currently, the greyhound racing industry is still in operation, along with thoroughbred horse racing, and the Florida Seminole reservations are still under contract with the state as the sole operators of legal casino-style gambling. The agreement they reached with Gov. Charlie Crist in 2010 will expire during the summer. Florida lawmakers see this as an opportunity to authorize new gambling ventures within the state in the Broward-Dade County area that includes both Ft. Lauderdale and Miami.

Opposition To The Bill

The bill, which began in the House and has been heard in the Senate as well, is not without its opponents. Many residents do not want expanded gaming in the state, primarily based on morality rules. However, much of the disdain comes from the organizations that represent the Florida tourist industry that has used wholesome family entertainment as a primary marketing tool for the entire range of associated industries. Tourism is big business in Florida. Even the state Chamber of Commerce has voiced opposition. In addition, the Florida Seminole nation is not particularly interested in the competition for their five casinos currently in operation around the state. All opponents agree that there are plenty of gambling opportunities within the state, including lottery as well as racing. More venues could be detrimental to the state’s tourist attraction status. And, several Las Vegas and Atlantic City venues have clearly shown problems as viable businesses, problems that Florida does not need.

After the bill was sent to the Senate for consideration, several state senators came out in favor of the upgrade, and still recommended that Gov. Scott renegotiate the contract with Seminoles to allow their operations to continue also. The legislation is actually directed at the Miami area and based on international gambling attraction in the metropolitan area. There would only be two casinos and the operators would be seriously vetted before a contract is awarded.

The authorization process for allowing casinos in Miami-Dade could become very political. The licenses would be issued by the Governor’s office and decided by a special gaming board who would investigate the applicants and award the final licenses. The problem with that is that Nick Larossi is one of the leading proponents of the legislation. He happens to be a lobbyist for the Las Vegas Sands Corp, which will surely want at least one license, if not both.

Here is also where the politics gets sticky. Las Vegas Sands CEO is mega super Republican contributor Sheldon Adelson, who recently held pre-primary speech invitations to several Republicans who are researching a run for the White House, including former Florida governor Jeb Bush. He has overwhelming influence over the entire Republican Party, including major sway over current Gov. Rick Scott when renegotiating the contract with the Florida Seminole nation. Owning both licenses in Miami-Dade County would give Las Vegas Sands a monopoly on casino gaming in southern Florida with the normalization of Cuba right around the corner. Adelson is a huge opponent to making legal online casinos a reality in the United States. If online gambling were legal in Florida, state tax revenues would likely increase significantly as it would with most states.

Timing is everything in politics, and with Cuba about to be back under U.S dominance, the time for expanded gambling in southern Florida is apparently now. But, not without a price tag. Florida wants $125 million to apply for a gaming license, along with $1 billion per year for renewal. In addition, the awarded casino operator must invest an additional $2 billion int the south Florida economy. With that stipulation is place, the Sands may be one of the few heavily-leveraged entities interested, and the State of Florida will assuredly be the ones really hitting the jackpot.