Skip to content
HomeNewsDoes Online Gambling Have Any Friends in 2016 Presidential Race? 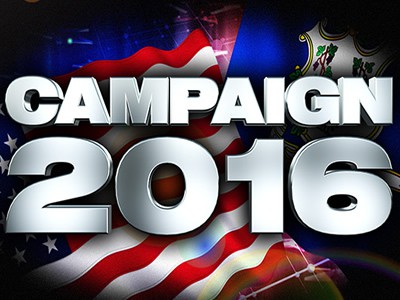 US based online gambling remains a controversial issue throughout local, state and federal government ranks. It is being supported and opposed on just about every bureaucratic platform on both sides of the aisle. The big question is, are there any 2016 presidential candidates that offer a glimmer of hope for the igaming industry? This is not a topic that is going to come up in any televised debates, and won’t likely be touched on by the mainstream media. We will have to rely on previous statements and declarations by the candidates, as well as voting history on gambling related legislation. Several of the candidates have taken an official position regarding legal US online gambling, while others have merely expressed opinions.

Due to Sheldon Adelson strategically integrating his influence into the Republican party, GOP candidates have been forced to address the topic of legalizing online poker and other gambling platforms more than the Democrats have had to. Adelson has provided financial support to multiple politicians, including Jeb Bush, who is one of the individuals seeking the Republican nomination. We can only assume that since Bush took this financial support that he intends to side with Adelson in opposition to US based online poker expansion. In 2011 Bush did openly declare his opposition to online gambling, however has not mentioned his position on the matter during his presidential campaign. We can only assume it remains the same.

Other GOP candidates, such as Marco Rubio and Mike Huckabee are staunchly and unapologetically opposed to legalizing online gambling, with Rubio being one of the stronger supporters of the Restoration of America’s Wire Act of 2015. However, it is not all doom and gloom among republican candidates. Donald Trump, who currently leads the pack in several polls and Chris Christie have both openly expressed support for expanding online gambling in the United States.

Libertarian leaning Rand Paul is opposed to a federal ban of online gambling largely due to his strong support of states’ rights, though he has not necessarily spoken out in favor of or opposition to expanding online poker options. Scott Walker, Ben Carson, Ted Cruz and Carly Fiorina have not gone on record with any statements for or against online poker or any type of online gambling stance, however Scott Walker has opposed land based gambling in his state and has accepted campaign funding from Adelson as governor.

Ted Cruz has not opposed gambling in general. He has opposed taxpayer money being used to fund initiatives that benefit casinos due to the fact that casinos are very profitable businesses for the most part and feels that they do not need taxpayer funding to be successful. In essence, the GOP field is split regarding online poker, online gambling and gambling in general.

As far as the democrats go, they have been largely silent on the issue. Hillary is remembered by many online gamblers for her vote in favor of the UIGEA bill, which rocked the US gambling market in 2006 and for several years after. She has since supported a study regarding the effects of regulating online poker. Her biggest opponent, Bernie Sanders has openly expressed disdain for Sheldon Adelson’s influence among politicians, but has not specifically provided his views regarding online poker or online gambling.

When it comes down to brass tacks, many feel that the president elect will have little impact to the online poker industry, primarily because it most often boils down to a states‘ rights scenario. There are currently a handful of supporters to America’s Wire Act of 2015 legislation, but it is certainly not gaining any momentum or expanding its range of support.