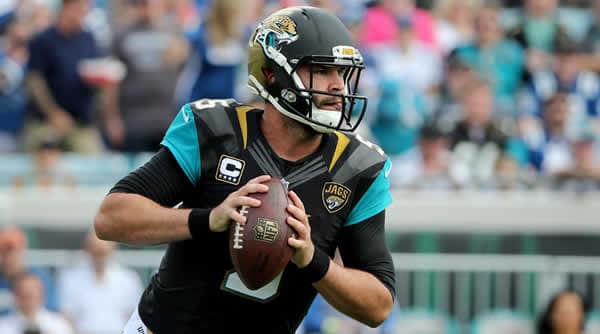 At the beginning of the season, no one would have expected the Jacksonville Jaguars to be in the picture. However, Jacksonville finished the regular season 10-6 and clinched a Wild Card spot in the Playoffs. Not only did they achieve something that hasn’t been done since 2007, but they defied expectations again by making it through the Wild Card and Divisional rounds. A lot of bettors lost money betting on the Pittsburgh Steelers to win at home, which just goes to show the disruptive nature of the NFL from a betting standpoint.

How did the Jags get here? Their defense is a huge part of that success. Being towards the bottom of the barrel has its advantages come Draft Day, and the Jags have made several good picks over the years. Their past 4 picks have been instrumental in getting them to this point. QB Blake Bortles (2014), DE Dante Fowler Jr. (2015), CB Jalen Ramsey (2016) and RB Leonard Fournette (2017) have each put in their fair share of work. This season, the Jags defense has ranked #1 against the pass, which could prove significant against QB Tom Brady and his arsenal of receivers. However, even though Jacksonville has a strong defense, they’ll have plenty of problems against New England.

If we’re talking legal betting online, you almost always take the favorite. Going into the Wild Card Round, the Buffalo Bills-Jacksonville Jaguars game was a toss-up. Buffalo had not been in the Playoffs since 1999 and their season was about as shaky as the Jags. However, the Divisional round saw Jacksonville up against the Steelers. The Steelers were favored to win by several points and many expected a blowout. Instead, fans and bettors were treated to a 45-42 offensive onslaught that almost saw a Steelers comeback. Fans who bet on Jacksonville made some good money doing so, not to mention the over bet hitting as well as several props. What if they pull this off all the way to the Super Bowl?

Now, while the Patriots are favored against the Jags, and you typically bet the favorite, Jacksonville has showed us a classic example of how the betting structure can be toppled in the NFL. No one expects the Jags to march into Foxborough and come out with a victory, but it is possible. They defied the odds last week and are looking to continue on their victory tour. Most analysts got it wrong in Pittsburgh, and while the Jags earned some more credit, most are counting them out again. Perhaps that will be the motivation Jacksonville needs to pull off another upset. This year’s NFL betting lines have been proven wrong before, and everyone loves an underdog.