Skip to content
HomeNewsKahnawake Licensees Can No Longer Serve US Customers 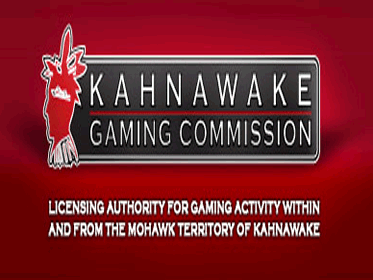 The situation with online gambling in the United States has seen a lot of different interesting events, and things have become even more interesting as of late. The Kahnawake Gaming Commission has announced that their licensees will no longer be able to serve most US customers. The issue here stems from something that happened with a data center licensee operating out of New Jersey, but it will have effects on the entire country.

How It All Unfolded

The New Jersey Division of Gaming Enforcement has some sites and other business dealings with companies that are licensed by the Kahnawake Gaming Commission. However, it was recently discovered that a data center company called Continent 8, who has a waiver allowing them to operate inside of the regulated New Jersey market, was being used by a number of foreign operators that accept US players. The problem here is that it’s illegal in some of these jurisdictions, and that goes against the terms of the waiver that Continent 8 had to operate in the New Jersey market.

As a result of this revelation, the Kahnawake Gaming Commission has come to an agreement with the state of New Jersey that their licensees will no longer be able to offer services in unregulated US markets. This is an interesting result that actually relies on certain provisions of the UIGEA, known as one of the most well-known and most misunderstood of all laws in the United States governing online gambling, but some people are seeing it as an overreach of the Division of Gaming Enforcement’s authority in New Jersey.

How the UIGEA is Involved

One of the provisions that the UIGEA put into place was that it was illegal to offer online gambling games in the United States without a license. The irony of the situation is that there was no way to get a license on a state or federal level at the time, and it didn’t really affect foreign sites because they weren’t located inside of US jurisdiction. The problem here is that when Continent 8 was found to have been doing business with sites running along these lines, and when they are running with a waiver (which could lead to a license) in New Jersey, it created a lot of legal entanglement.

Some people are claiming that the DGE is overreaching with this judgment, but it’s more complicated than that. If the DGE, or any other state regulatory body, was found to be licensing a company that was helping companies violate federal law, then that could have some serious implications for them. Moreover, it could open them up to lawsuits and other types of legal issues that, quite frankly, they really don’t need at this point.

The Future of Kahnawake in the US

As it stands of October 1, 2016, no other companies will be able to do business in the US outside of regulated jurisdictions if they have a license from the Kahnawake Gaming Commission. It’s a complicated situation, but for the time being, it seems that the KGC will be sticking strictly to the regulated states for the foreseeable future. In fact, unless the specific provision in the UIGEA is somehow overturned or changed, other companies that do business in New Jersey, Nevada and Delaware (the three states that have legalized online gambling) will probably end up having to stay out of the rest of the country as well. That has major implications for players all across the US, in particular those who live in the other 47 states.

You can learn more about the Kahnawake in our gaming commissions guide.