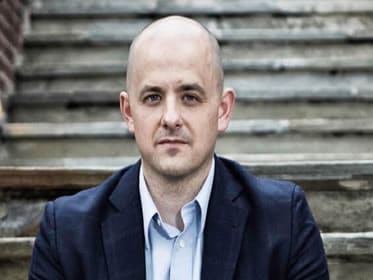 Evan McMullin has been involved in the United States presidential race for several months now, and hardly anybody in the country has even heard his name. He’s on the ballot in 11 states and eligible as a write in candidate in 23 additional states. According to his interview with Glenn Beck on Thursday, October 13th, citizens in 47 states will be able to vote for him by Election Day. He’s running as a third party Independent candidate as a conservative alternative to Donald Trump, and he’s finally getting his day in the sun. He is not yet included by name in the betting lines at most prominent sportsbooks, but that may all change. Even if he remains the ‘other’ wager in the betting lines, this surge in the polls is likely to drive some shifting in the odds covering Trump and Clinton.

McMullin’s home state of Utah seems to be embracing his message of conservatism, small government and American strength. As a Mormon, he is gaining support from the Mormon community in this western state. Trump’s recent troubles concerning the lewd comments that were captured on tape seemed to propel McMullin’s momentum in the right leaning region. In a poll taken following multiple campaign appearances throughout the state of Utah by the 40 year old ex CIA agent, we see McMullin’s numbers surging, placing him in a statistical tie with both Trump and Clinton. The polls indicate Trump and Clinton with 26% support and McMullin at 22%. Johnson came in fourth with 14%.

It is actually within the realm of possibility that Evan McMullin could win the state of Utah in the presidential election. This would give the Independent candidate a total of 6 electoral votes, which could result in Trump falling short of the 270 electoral votes required to become president. If Trump were to carry even one significant blue state currently projected for Clinton, then it is distinctly possible that neither of the two main presidential nominees will acquire the number of electoral votes necessary to win the election.

If this scenario actually played out, not only would it upset the odds and political betting lines at prominent sportsbooks, it would also upset the Electoral College, placing the presidential vote squarely on the shoulders of the House of Representatives. All three candidates, Trump, Clinton and McMullin would be eligible for the presidency at that point. The provision for this step in the process is laid out in the Constitution’s twelfth amendment.

Now, winning the state of Utah and driving the election to the House of Representatives may not be the ‘likely’ outcome for Evan McMullin, but who can argue that this campaign season has been anything but predictable. Many things would have to fall into place for this to actually become reality, but there are some McMullin supporters that are crossing their fingers for precisely this kind of miracle. As McMullin continues to surge in Utah, the media is starting to pay attention to him, which gives him access to opportunities to get his message out. It is possible, no matter how remotely, that this could be just the beginning for McMullin’s campaign, and that he could gain momentum and surprise everyone.

As someone who is personally dismayed with the other two candidates, I would relish the chance to support an alternative to Trump and Clinton. As McMullin points out, voting for the lesser of two evils is still voting for evil. The next week will be crucial in determining McMullin’s strength in the predominantly Mormon state. It should prove to be an interesting week.